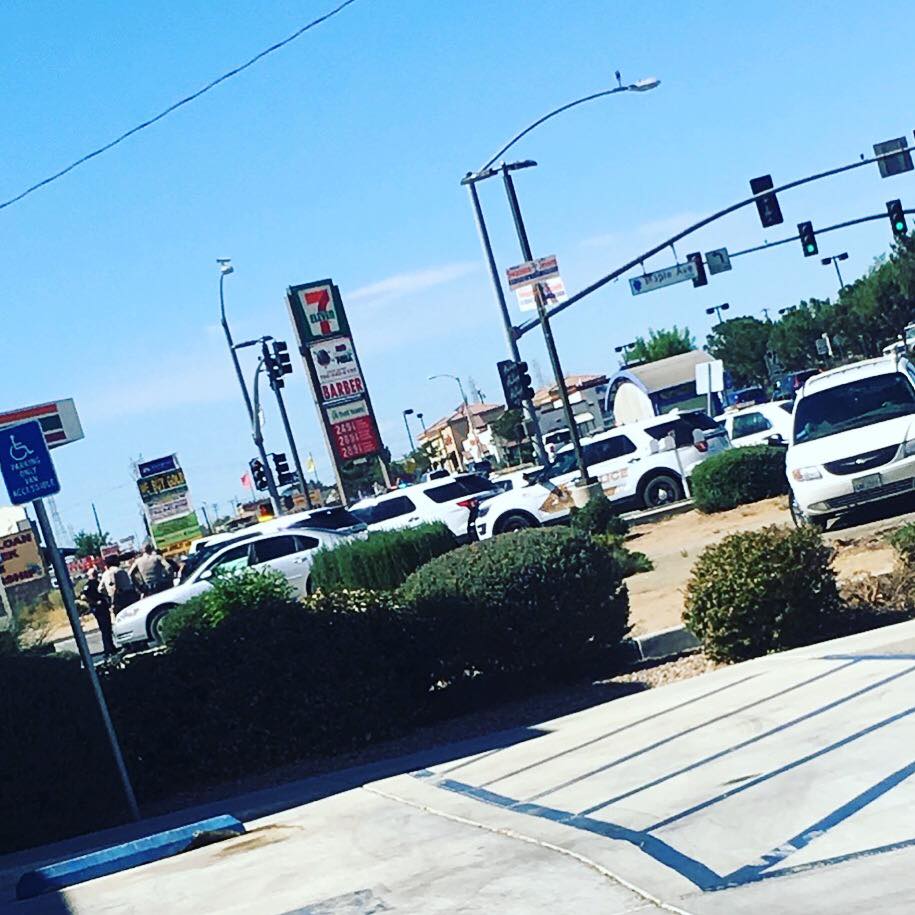 HESPERIA, CA:(VVNG.com)– Two men were arrested after robbing a man for his cell phone at gunpoint Wednesday morning, officials said.

On September 28, 2016, at approximately 10:58 a.m., deputies from the Hesperia Police Department were dispatched to a report of an armed robbery that just occurred in the 10000 block of Locust Street in the City of Hesperia.

Through investigation, it was learned the victim was handing out flyers in the area when a vehicle pulled up, the passenger got out of the vehicle and asked to use the victim’s phone. The victim handed over the phone and suddenly the suspect pulled out a gun. The suspect, still in possession of the phone, got back in the vehicle and fled the area.

Deputies continued checking the area, when a vehicle was located in the area of Main and Maple, matching the description of the suspect’s vehicle.

The gun, that turned out to be a bb gun, was located in the vehicle and the suspects were positively identified. No one was harmed during this robbery and the victim’s property was recovered and returned.

[box type=”warning” align=”aligncenter” class=”” width=””]The victim was a good witness and provided detailed suspect descriptions and vehicle information. By handing over the phone and not putting up a fight with the suspect, he kept himself from getting hurt and relayed information that ultimately resulted in the arrests of the suspects. Your safety if the most important thing.[/box]