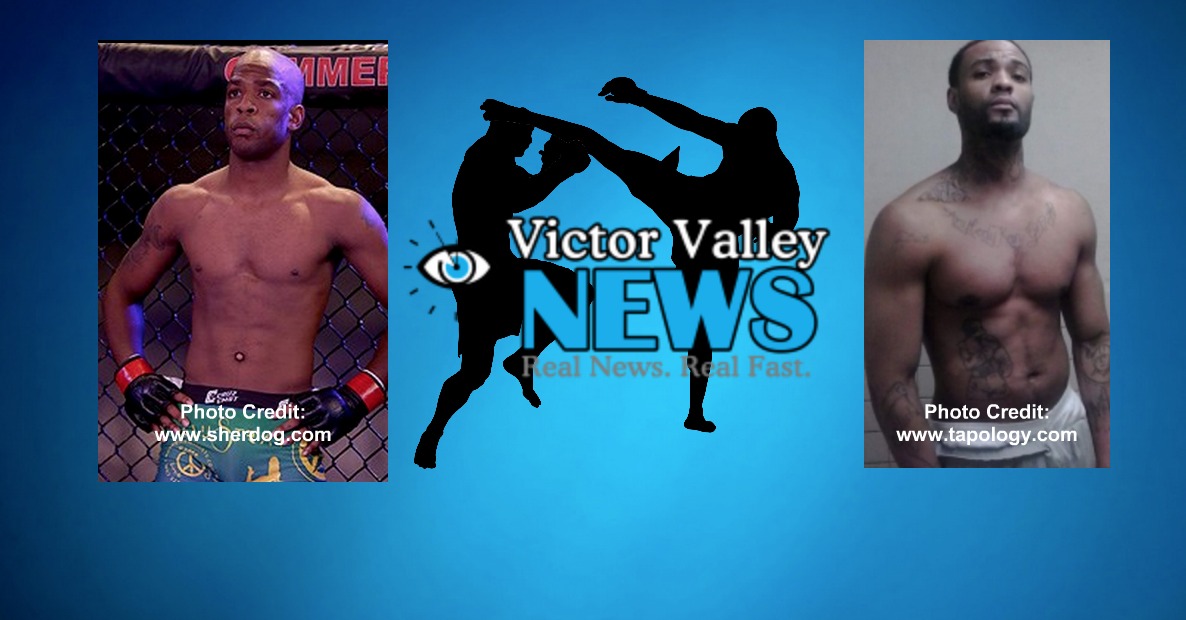 VICTORVILLE-(VVNG.com): In recent years, MMA fighting is becoming an increasingly popular sport, that’s what makes it no surprise that when the names Christopher Culley and Lavell Lacy came up on scanner traffic, some people recognized the names.

Culley, a lightweight MMA fighter and Lacy, a MMA heavyweight fighter both got recent attention, but not for reasons relating to the MMA.

Culley, 29 of Victorville was arrested due to fighting, but this time out of the ring and with his girlfriend during a Monday night altercation. The two were on their way home from a gathering when a verbal altercation ensued, followed by the MMA fighter, known as “The Urban Legend” hitting the woman twice in the face.  After the two closed fist hits to her face, authorities say, the woman was left with a bleeding split lip. Culley left the injured woman at a nearby hospital, then left scene.

On July 7, 2015 Culley was arrested in the area of Palmdale Road and Park Avenue at about 2:00 a.m.  Culley appeared in court during a July 9th arraignment via video where he pleaded not guilty to misdemeanor domestic violence. Culley has been appointed a public defender by the Victorville Superior Court. He is being held at the High Desert Detention Center in lieu of $25,000 bail and is due back in court on July 23, 2015 for a pre-preliminary hearing.

Lacy, 32 an MMA fighter and convicted felon from Hesperia was arrested on Friday, July 3 in the 16900 block of Nisqualli Road in Victorville at about 6:20 p.m. He was booked into the High Desert Detention Center on charges of grand theft auto as well as additional charge enhancements due to his prior parole or probation agreements. He is currently being held at the High Desert Detention Center in lieu of $150,000. On Tuesday, Lacy pleaded not guilty to all charges, including special allegations and is due back in court on July 15, 2015 for a pre-preliminary hearing.