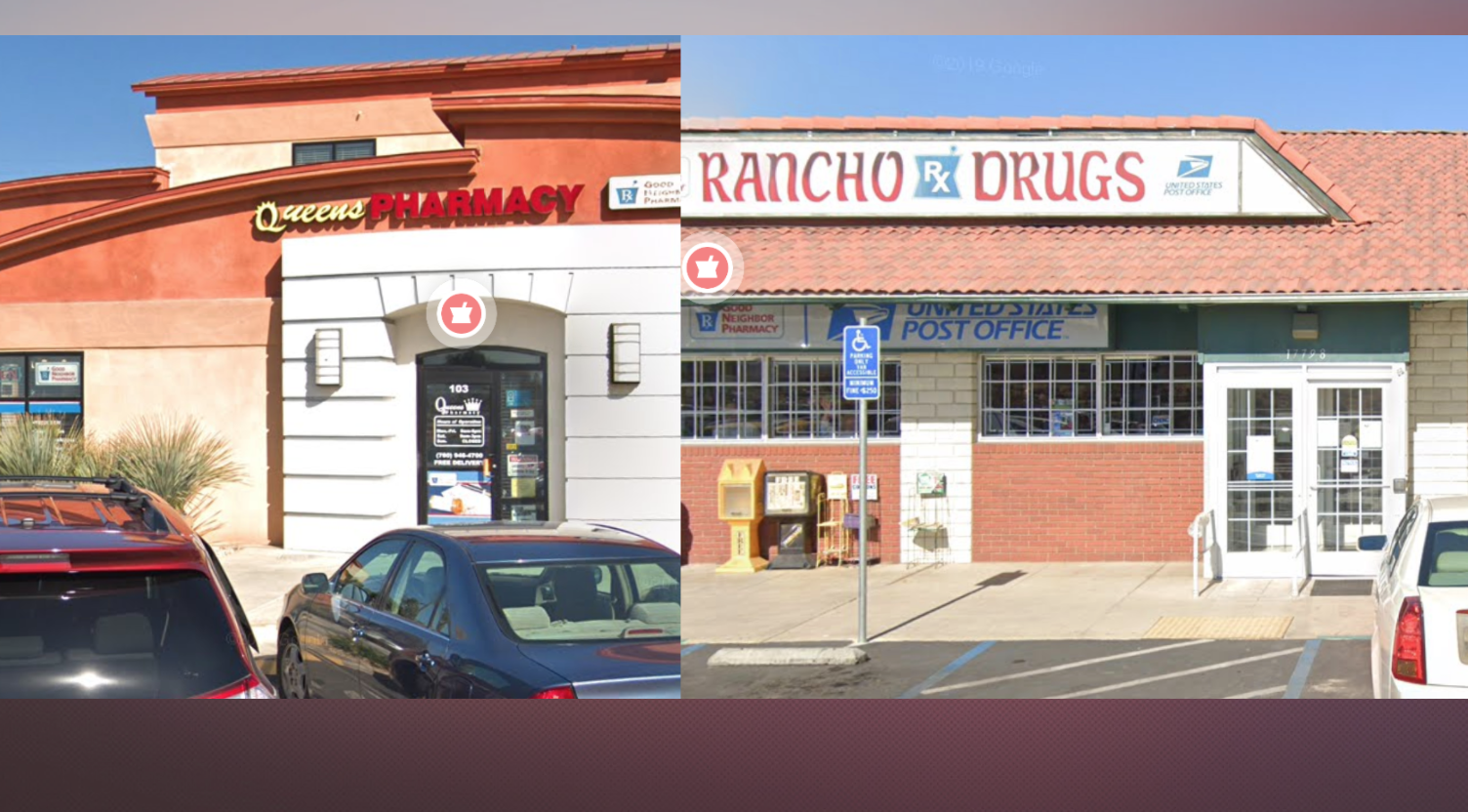 Sheriff’s officials told VVNG on March 22, 2022, at about 2:34 am, two unknown subjects used a pry tool to open the front door of Queens Pharmacy located in the 18500 block of State Highway 18.

“Once inside, they attempted to move a safe which contained pain medication but were unsuccessful,” stated sheriff’s spokeswoman Jackie Alban.

The second burglary was reported 10 minutes later at 2:44 am, this time at Rancho Drugs located in the 17700 block of State Highway 18. Alban said two unknown subjects pried open the front door and tried to take the safe but were unsuccessful.

No additional details were available for release and anyone with information is asked to call the Apple Valley Police Department at 760-240-7400.