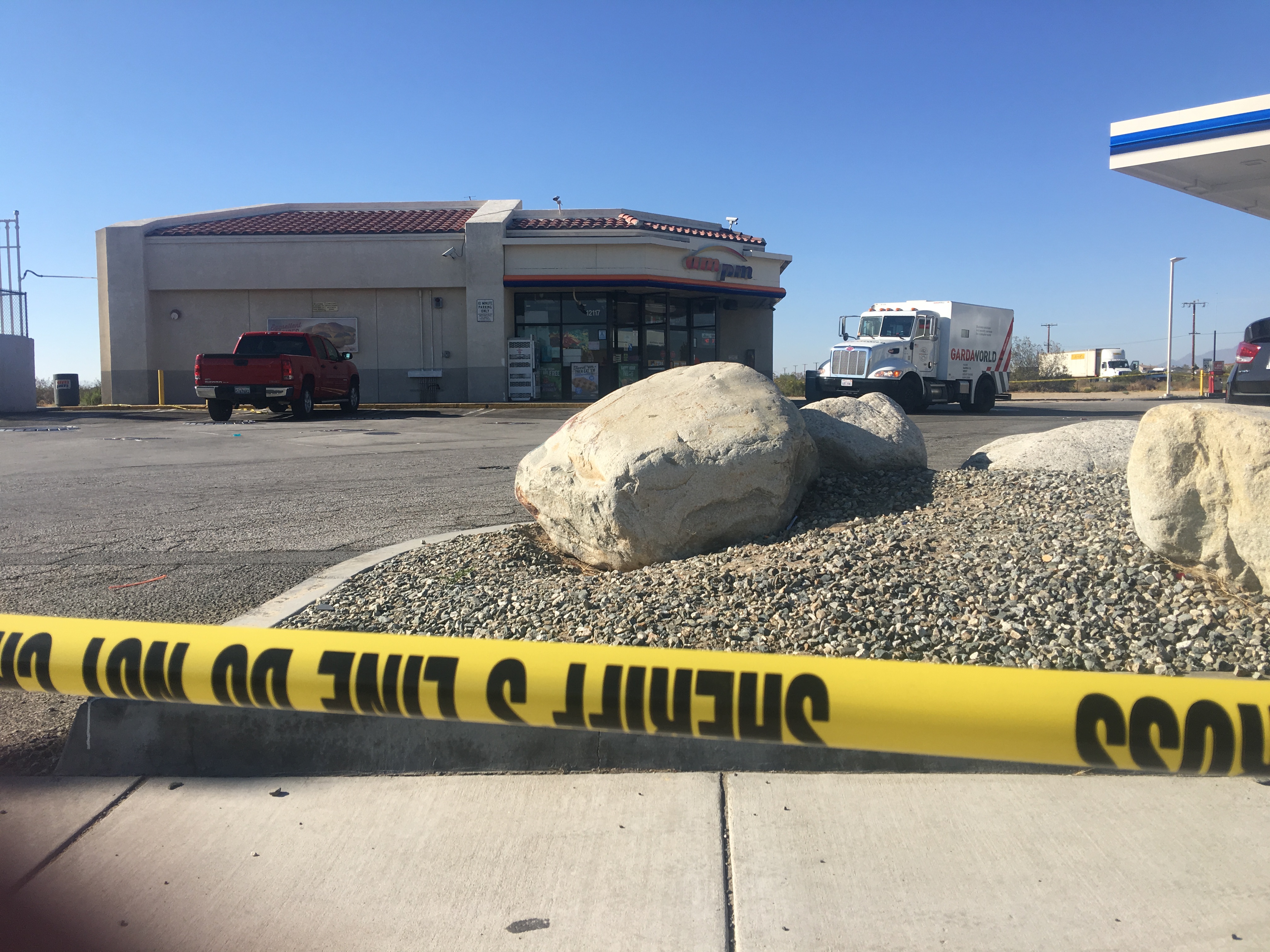 The shooting happened near Highway 395 and Palmdale Road around 3:45 a.m. Friday, according to Sheriff’s Spokeswoman Olivia Bozek.

The two suspects were believed to have been in the store earlier for a beer run, then returned shortly after to open fire for an unknown reason, scanner traffic reported.

Two employees were shot, one in their back and another in their stomach. Both of those employees were airlifted to trauma centers where their condition is unknown, according to Bozek.

The suspects were described as two Black male adults.  They fled the scene in a light colored vehicle towards Adelanto. One of those suspects was described as being 5’5″ tall with a black goatee braided with red beads.

Bozek said no arrests have been made, and that the Sheriff’s Department is actively investigating.

This story will be updated when more information becomes available.