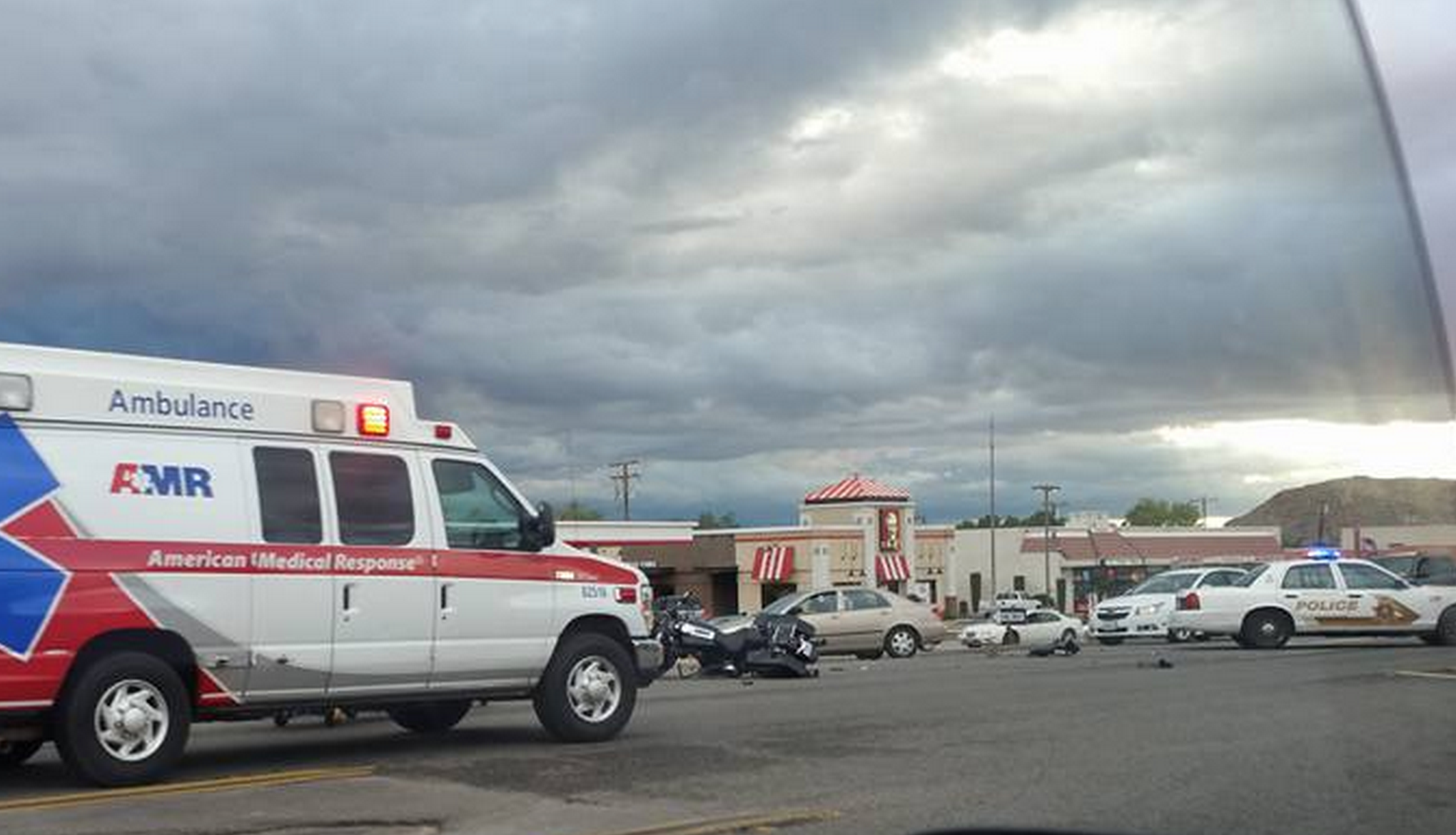 APPLE VALLEY-(VVNG.com): A traffic collision between two cars and a motorcycle left two people badly injured. The Monday evening collision that occurred at about 5:20 p.m. on Highway 18 near Mondamon Road caused a temporary closure to eastbound Highway 18 lanes. Eastbound Highway 18 traffic was diverted north on Corwin Road to outer Highway 18.

Michelle Adame, a Victor Valley News Facebook group member said, “The guy on the motorcycle was going fast and this guy cut in from of him. He went flying off and that car hit another car.”

The motorcycle rider was first reported to be unresponsive, but soon after was able to communicate with medical personnel according to scanner traffic. A second, also seriously injured person was extricated from the vehicle.

Both were transported by ground ambulance to St. Mary’s Medical Center where they were airlifted to Antelope Valley Hospital due to the inclement weather on the Cajon Pass. Both injuries were serious, but not life-threatening in nature.

No other injuries were reported as a result of the collision, the current condition of those injured is unknown at this time.

“Maxi Pad Bandit” Out on Bail