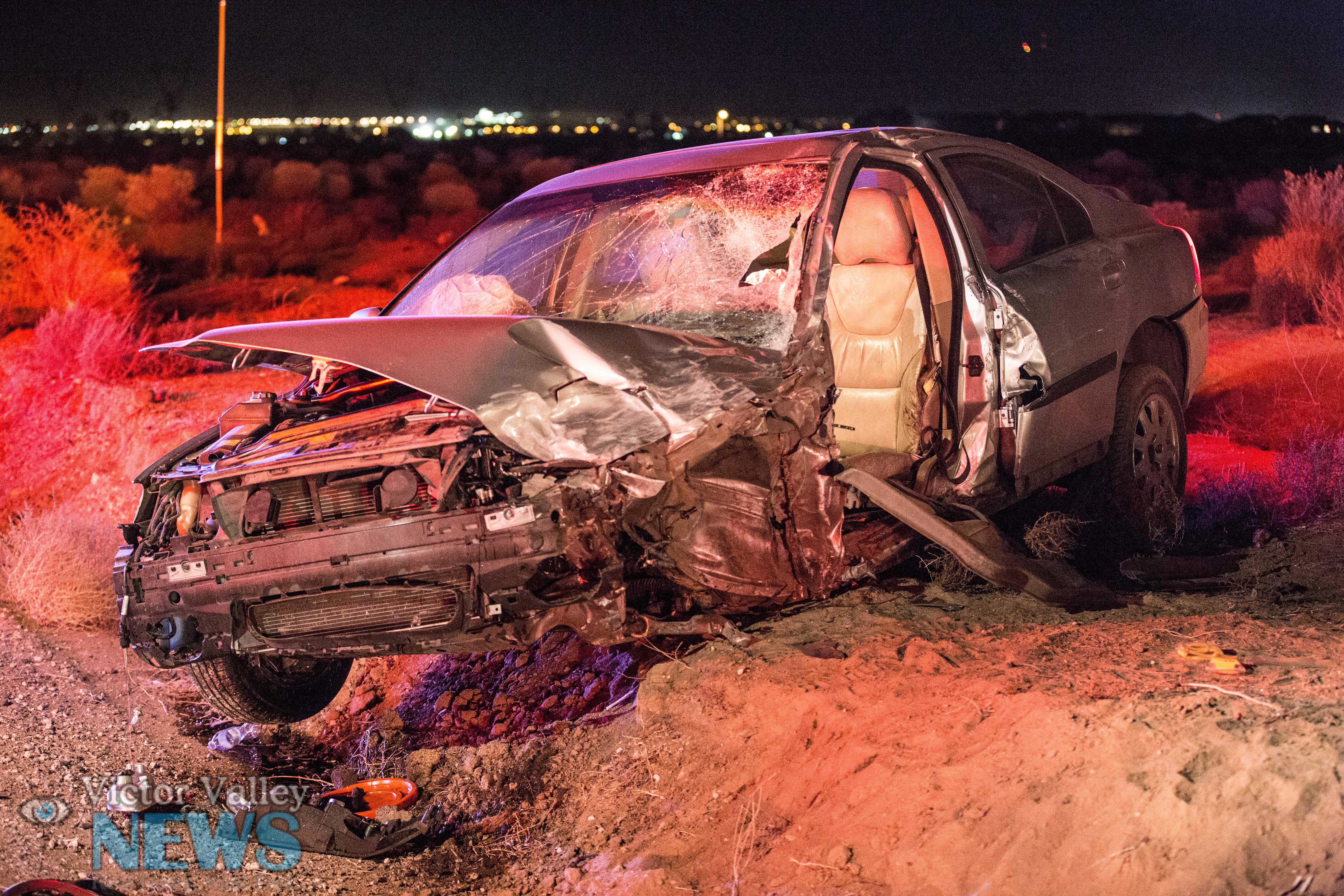 A firefighter carries an infant inside of a car seat to a waiting ambulance. (photo by Gabriel D. Espinoza)

HESPERIA-(VVNG.com): Two patients were airlifted and four were transported by ground ambulances following a major injury traffic collision on Highway 395 near Mesa Street and north of Main Street. At about 8:00 p.m. on Friday, November 13th a traffic collision occurred between a van, a sedan and a motorcycle.

Highway 395 was completely shut down in both directions between Main Street and Eucalyptus Street until about 10:00 p.m.

The cause of the accident is currently under investigation. There is no further information regarding the extent of the injuries at this time, information will be updated as it is received.

Also See: Are Hospitals in the Victor Valley Ready For a Disaster?