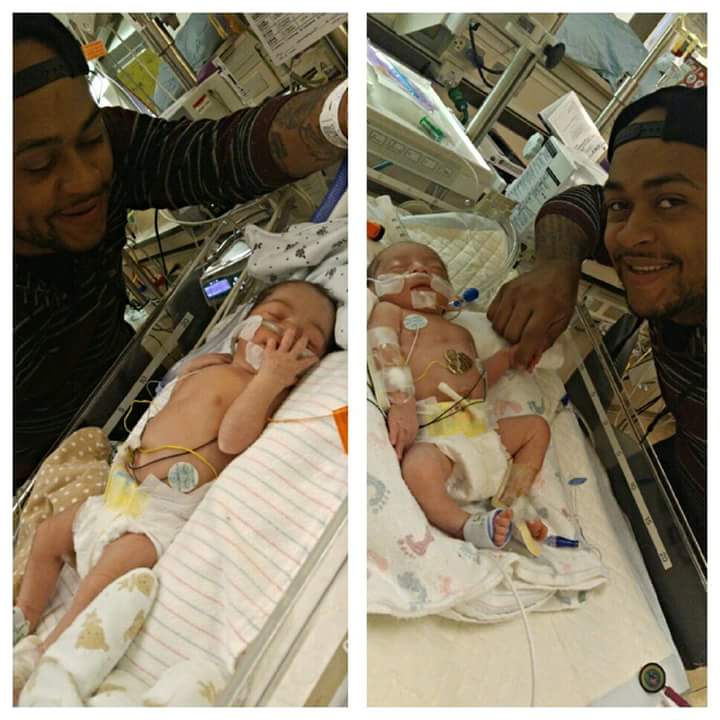 VENTURA, CALIF (VVNG.com) The parents of twins will forever have a cherished story to tell. Although born just a minute apart, they don’t share the same birth year.

While many were ringing in the new year and counting down the minutes before the clock struck 12 o’clock, K’lah Jenkins and her husband Cameron Jenkins, a former Victorville resident, were celebrating in a very different way at Community Memorial Hospital in Ventura, California.

K’lah told Victor Valley News that she had a planned C-Section scheduled for January 25th, but the twins had something different in mind. She started having contractions at 11:00p.m New Years Eve, and shortly after went into labor.

“Everyone in the delivery room was going crazy as it happened,”stated 27-year-old mother K’lah, “on paper It seems like a year apart, but it’s only one minute, but it was that minute that changed the whole year,” she added.

The New Years party at the hospital got even bigger as almost a dozen family members showed up within an hours time to share the joyous event.

27-year-old K’lah, and 24-year-old Cameron were delighted to complete their family. “We have two boys already, and now with two girls I am done,” stated K’lah.