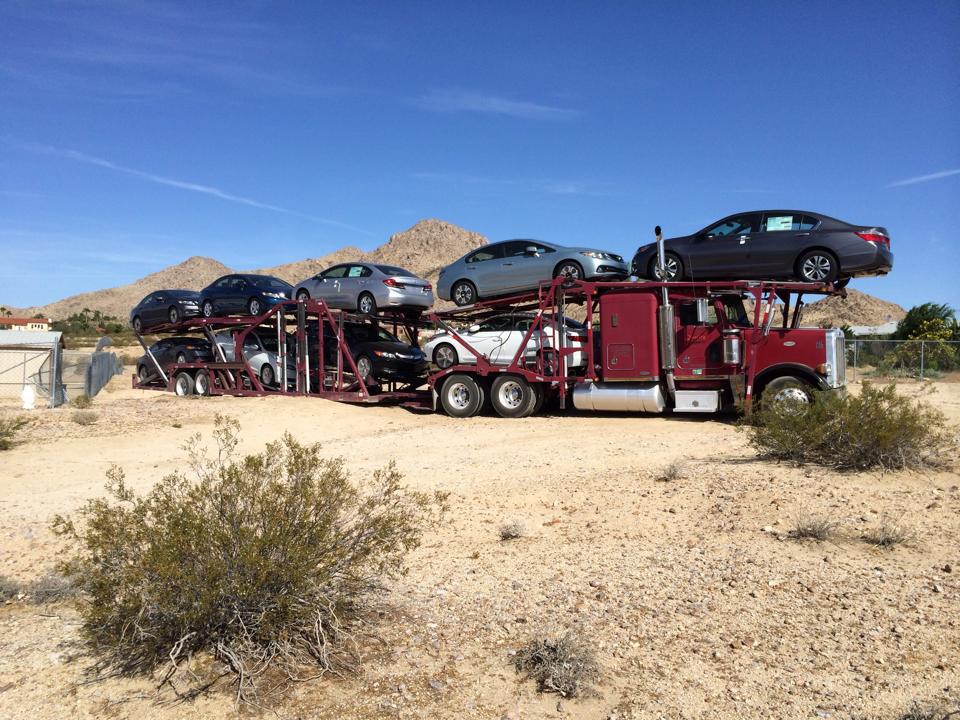 Sometime after 6 p.m. on July 11, the “Twinkie Bandit” stole the truck, which was loaded with nine Hondas; the truck recovered just hours earlier in Helendale also carried the same cargo.

Around 10 a.m. on July 12, San Bernardino County Auto Theft Task-force detectives found the stolen truck located in Lucerne Valley on a dirt road. All cars were accounted for on the transport.

A SANCATT detective acknowledged evidence linking the suspect to both stolen trucks, but at this time Victor Valley News is withholding the specific details of that evidence due to the ongoing investigation.

It is still unclear of where the thief wanted to take either of the transports, and how many people are involved with these crimes.

All truck drivers transporting Hondas are urged to take extra precautions to secure their trucks and cargo until the suspect is apprehended. If anyone notices suspicious activities around parked semi-trucks, notify authorities immediately by calling 911. Your vigilance is appreciated.