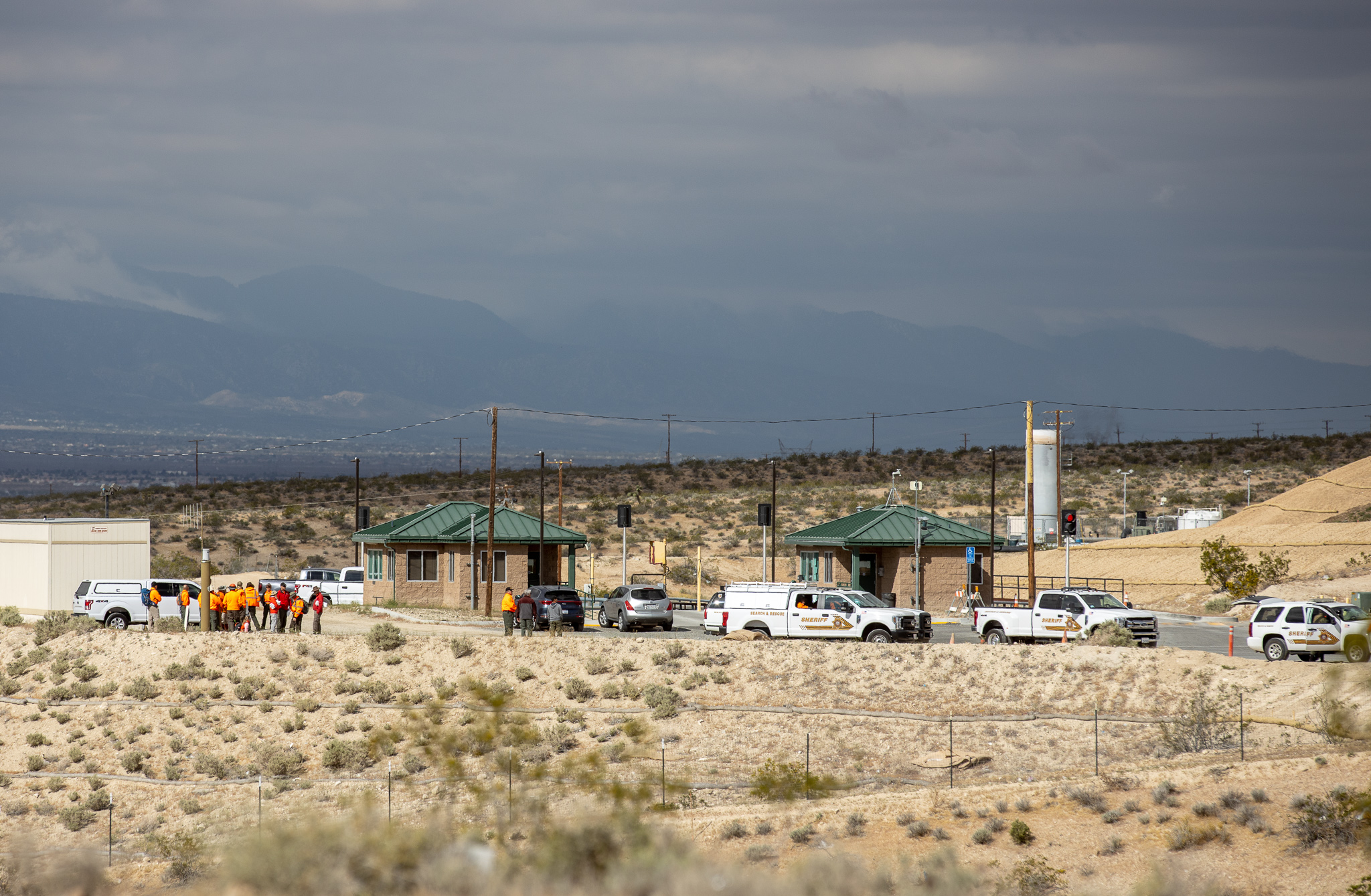 VICTORVILLE, Calif. (VVNG.com) — The twin sisters, Jackee Contreras and Jennifer Contreras, both 29 of Apple Valley, pleaded not guilty in front of a Victorville judge Tuesday.

They are each being charged with the murder of 6-year-old Duke Flores, a boy with autism reported missing on April 25 and who is presumed dead.

After entering their pleas, Judge Lisa Rogan set their bail at $1,000,000 and scheduled their next court appearance for May 13th.

The duo arrived in court wearing a green jumpsuit, a color worn by inmates who are in protective custody.

Inmates are often placed in protective custody to prevent fights and to maintain control in the jail.

In the meantime, the search for Duke Flores stopped Tuesday afternoon in the landfill outside Victorville but is expected to resume Wednesday morning.

Officials have been searching the landfill since Monday and have their work cut out as they have over 600 tons of trash to dig through. But they believe Duke was placed in a dumpster and have reason to suspect his remains will be found there.

Victor Valley News spoke with Adan Aguilar who was at the dumpsite throwing away truckload of trash near the area where police were searching.

“I’m up there throwing household items and trash that I don’t need anymore, things that have no value to me, and to think someone did that to a child,” Aguilar stated, “How someone can throw a kid out like they’re trash, it’s inhumane.”

Aguilar’s wife sat crying in the passenger seat visually distraught after leaving the landfill knowing they were searching for Duke’s remains.

“My wife has been crying since we got here. We noticed all the search and rescue and knew it was for the little boy. It breaks my heart and makes me upset at the same time,” stated Aguilar.

Sheriff’s officials have not released many details surrounding the investigation. Most details that have surfaced came from family members through televised newscasts.

The boy’s family said they received different stories from his mother, Jackee, when asking about the whereabouts of him, including one story where Jackee said Duke was sent to a mental hospital after trying to smother a child.

In one interview, the grandmother of Duke, Lydia Gutierrez, said she believed Duke was attempting to smother one of Jennifer’s children, and that discipline for that action may have gone too far.

Duke lived at home on the 22000 block of Cherokee Avenue in Apple Valley with Jackee, and Jennifer (his aunt), and Jennifer’s two children.