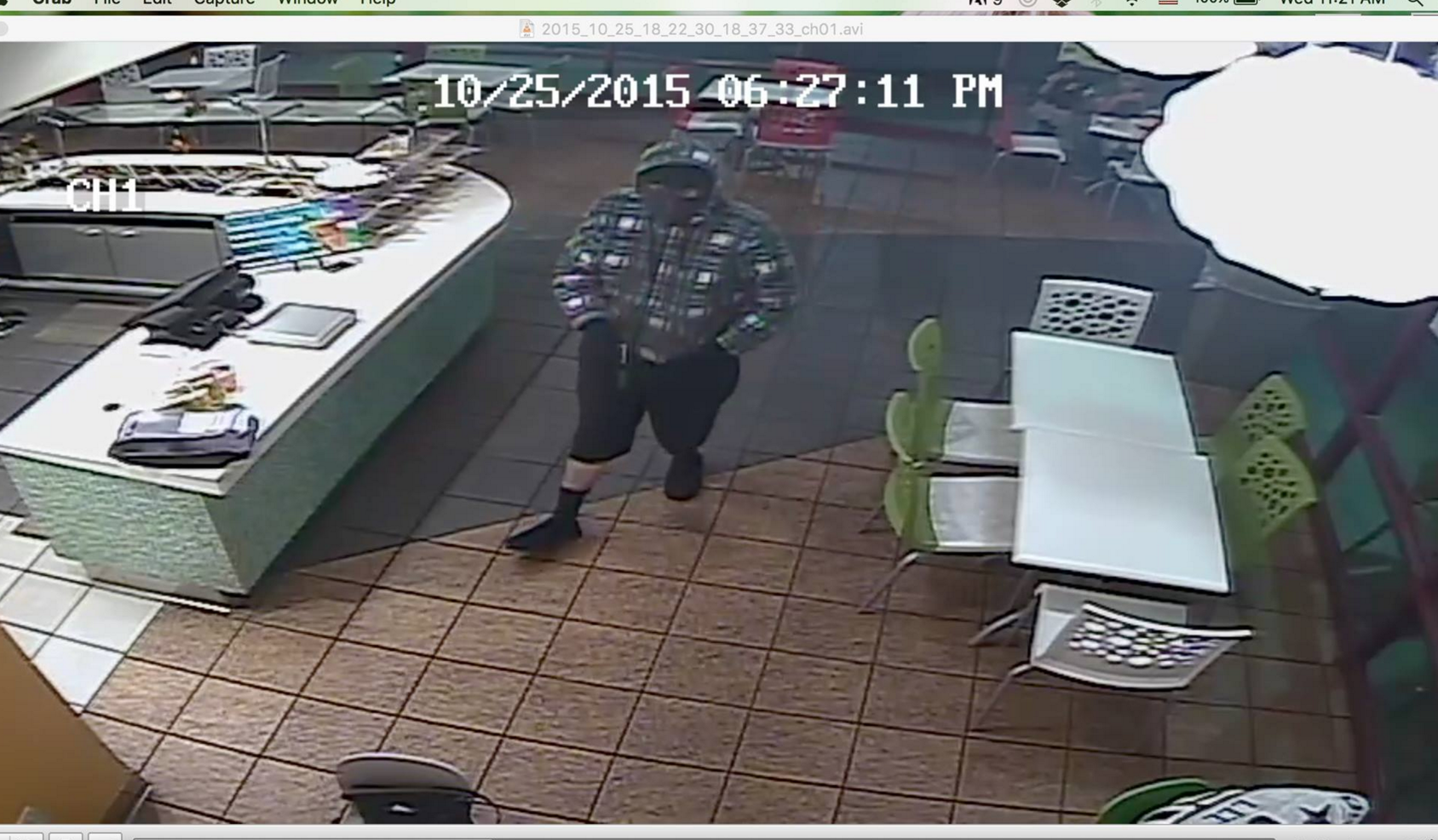 The suspect was described as a white male adult, at about 6’ tall with average build, wearing a green, gray and blue plaid jacket, black ski mask and dark jeans. Witnesses say that the suspect had a braided goatee, light eyes and broad shoulders.

The suspect was last seen heading westbound in the parking lot toward the Jack in the Box in a gold Chevrolet Tahoe driven by a second white male adult. The vehicle was described as having no front plates and no “real”  back plates (possibly temporary paper plates).

The driver exited the parking lot onto Hesperia Road. Anyone with information is asked to contact the Victorville Police Department at (760)241-2911.