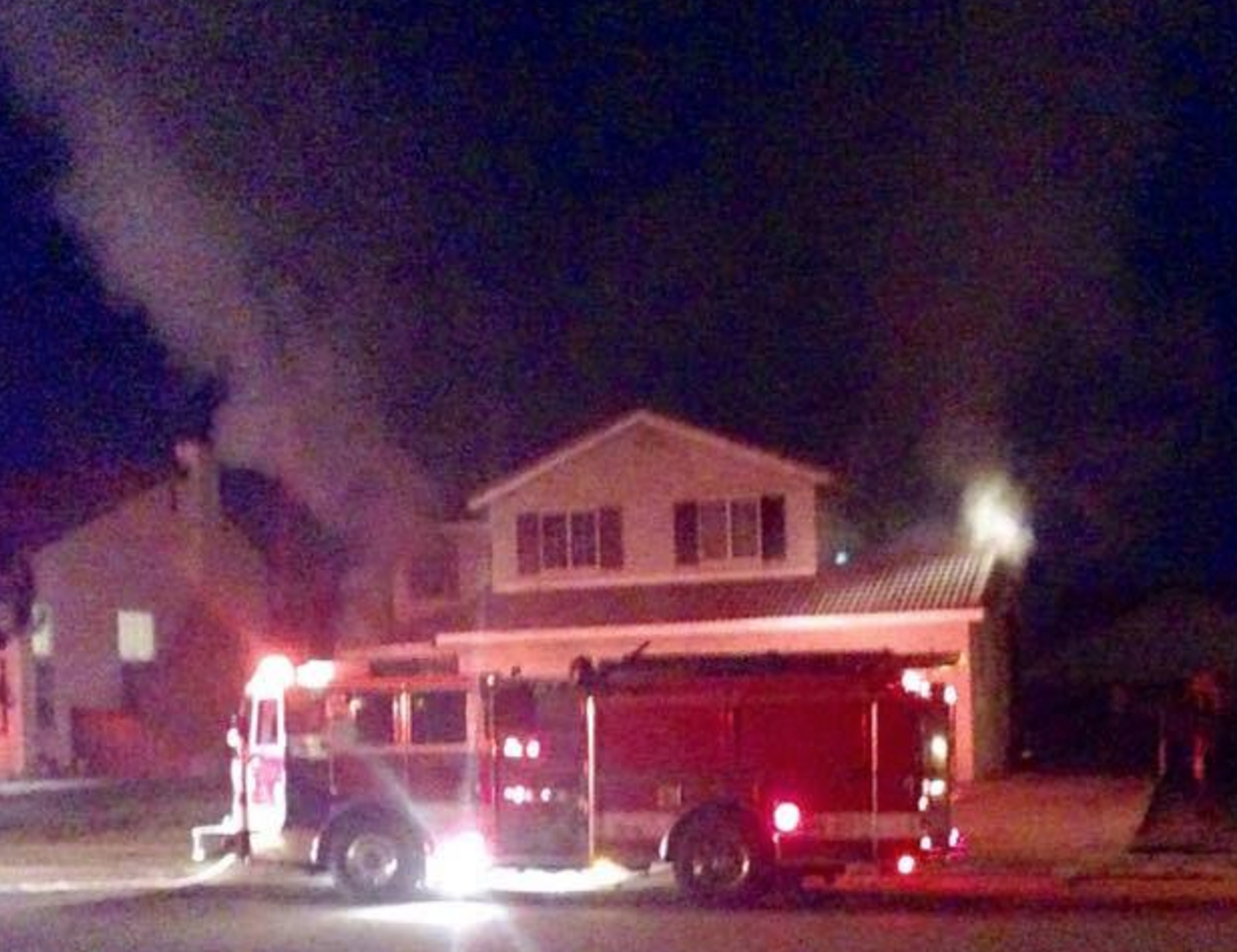 HESPERIA-(VVNG.com): The San Bernardino County Fire Department responded to a home on the 13900 block of Nettle Street in Hesperia at about 11:30 p.m. on Tuesday night after a neighbor reported a structure fire across the street from her home. When firefighters arrived they found smoke and flames showing from the two story single family home.

Upon arrival, the firefighters located the occupants outside of the home and as a precaution performed an additional search prior to going into attack mode to extinguish the blaze. The home, according to San Bernardino County officials sustained major damage estimated at about $100,000.

Southern California Edison and a Fire Investigator was called to the scene to determine the cause of the fire and to secure utilities.

There were no injuries reported as a result of the late night blaze, the fire was under control by about 11:45 p.m. and at this time the cause of the fire is still under investigation. Information will be updated as it is received.