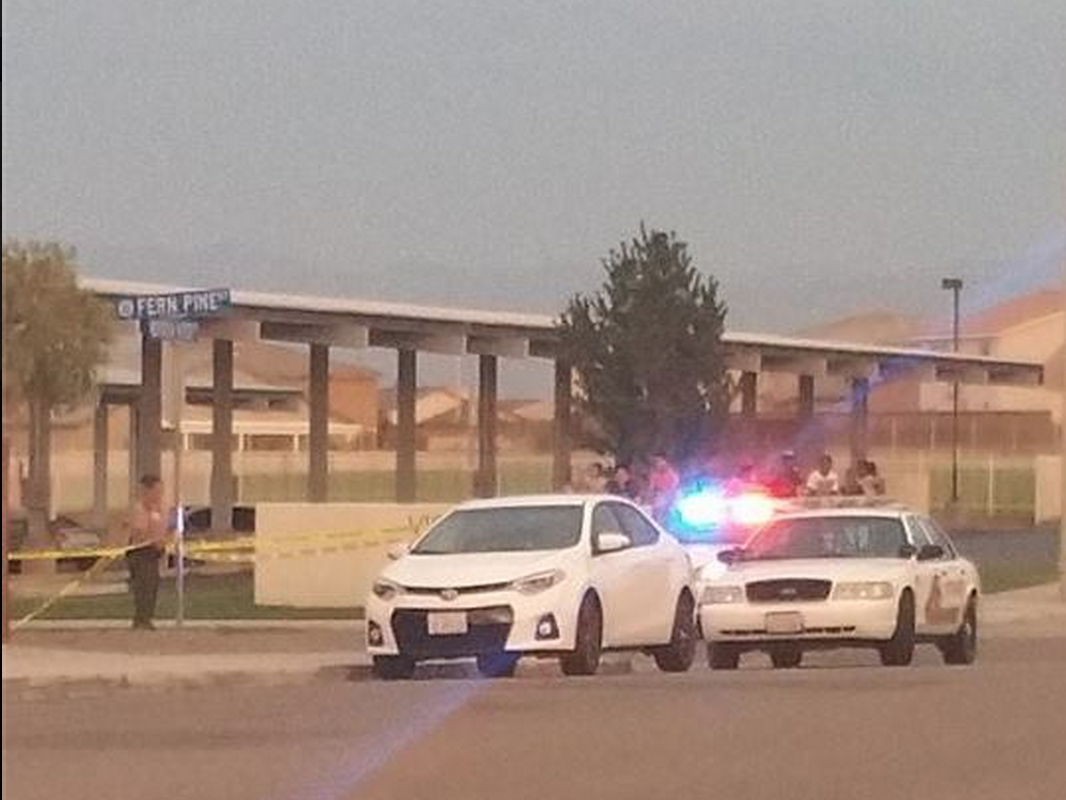 VICTORVILLE-(VVNG.com): A verbal altercation on Tuesday evening lead to 6-10 shots fired near Vista Verde Elementary School in the 13400 block of Vista Verde Street in Victorville. According to witnesses, the altercation was somehow related to marijuana.

On Tuesday, August 25th at just before 6:00 p.m., the shooting outside of the school, just North of Luna Road and West of Highway 395 sent people, both juvenile and adult scattering in fear. Although school was not in session, there were few students still on campus as part of the after school program. Deputies upon arrival, immediately placed the school on lockdown.

An on scene witness said at least one of the possibly two shooters was an 18-20 year old black male adult wearing a red shirt and carrying a black handgun. Due to the scatter of people in the area as the gunshots were fired, that witness was unable to see if the suspect entered a vehicle or not. A separate witness reported that shots were fired from a 90’s model 2-door, black or dark blue Chevy Tahoe with three males with a “dark complexion” inside.

A gunshot victim suffering a shot to ankle area was transported to a local hospital by a private vehicle. The victim shot said that he was waiting by the fence to play basketball. After being shot, he called a family member, who transported him to the Victor Valley Global Medical Center.

The victim was then transported by ground ambulance to a trauma hospital for additional treatment.

It is unconfirmed if any others were injured as a result of this shooting.

Detectives were able to collect several shell casings and to speak with witnesses. The suspects are still at large, information will be updated as it is received. Homeowners in the area have spoke with “taking their area back” beginning with setting up an active Neighborhood Watch.