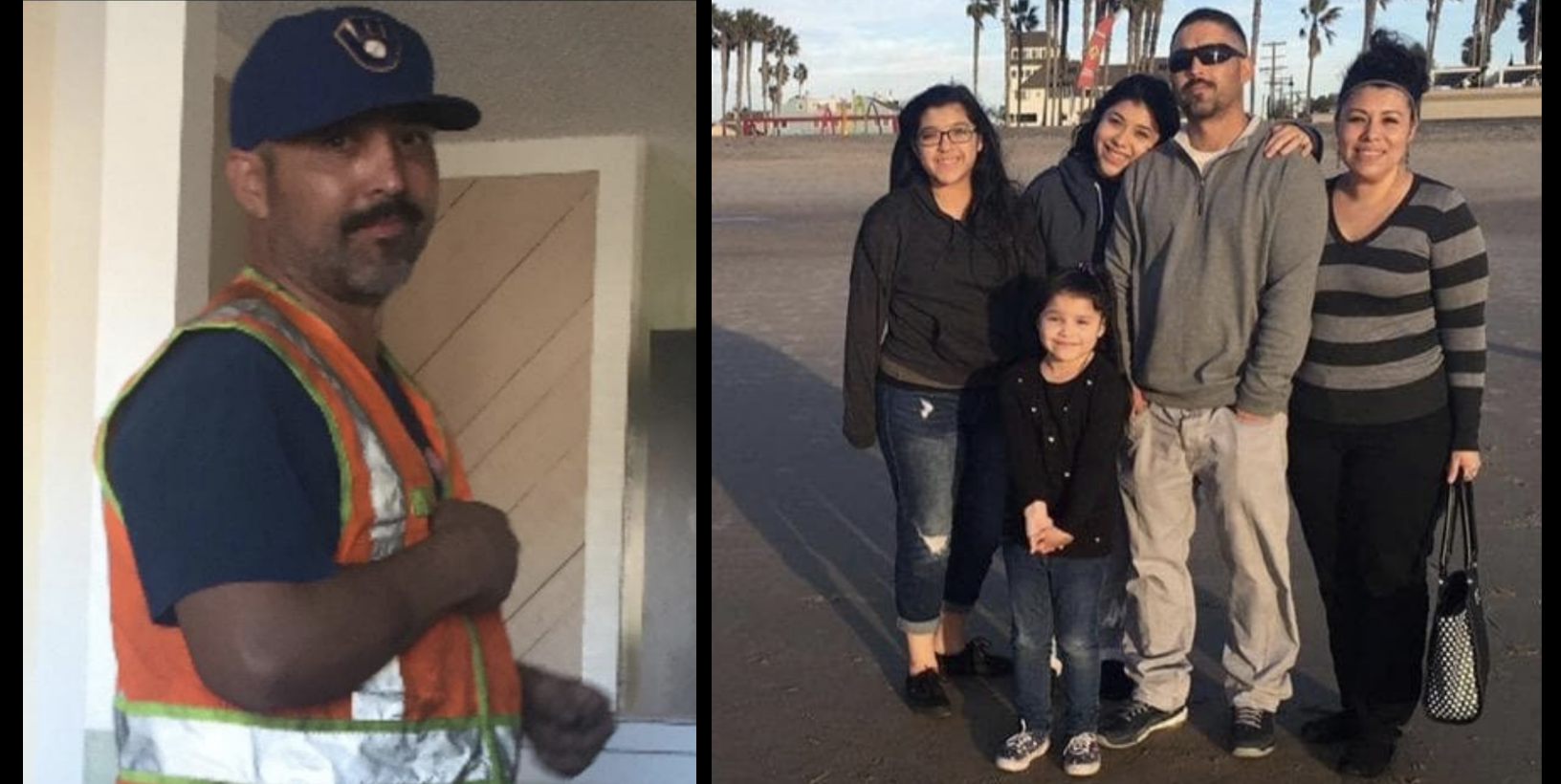 CAJON PASS, Calif. (VVNG.com) — Family and friends are mourning the loss of a father and husband whose life was cut short after an accident Thursday morning.

The San Bernardino County Coroner’s Office identified the man killed in a tractor-trailer crash as Gabriel Edwardo Torres, 40, of Hesperia.

At about 11:15 am, on November 8, 2018, Torres was driving a white 2008 Freightliner semi-truck pulling two trailers loaded with gravel southbound on the I-15 freeway, north of State Route 138.

According to a California Highway Patrol news release, “for unknown reasons, the driver allowed the vehicle to exit the freeway, onto the runaway truck ramp. The truck drove onto the gravel runaway ramp and the driver lost control.”

The truck and trailers overturned and Torres became trapped inside the cab. San Bernardino County Fire and other emergency personnel arrived on scene and attempted to rescue him.

Torres sustained life-threatening injuries and died at the scene of the crash. According to the coroner’s office, Torres was declared deceased at 11:39 am.

Many motorists who were traveling on the freeway and witnessed the crash are calling the truck driver a hero. According to multiple witness reports, the truck’s brakes were smoking and on fire as the driver laid on the horn trying to warn other vehicles before driving off the freeway and into the runaway truck ramp.

Victor Valley News commenter Autumn Mosier said, “This breaks my heart. Truckers do so much for this country. This man gave his life for all of us to have it easier. It sounds like this man did his best to not hurt others on the freeway. Cajon is dangerous for trucks, trains and other vehicles. I think people forget that sometimes. My heart goes to his family.”

Long-time family friend, Lizet Morales, told Victor Valley News Gabriel and his family recently moved here from Arizona about a month ago. Gabriel worked hard to provide for his family and was the owner of a company called G Samurai Trucking.

“Gabriel was a loving person and he loved his three daughters and would go out of his way to help everyone. He was a loving and caring person that will greatly be missed by many,” said Morales.

Torres leaves behind a wife and three daughters ages 23, 16, and 10. Morales said Gabriel was very excited about becoming a grandpa in just a few short weeks.

The family is asking for the public’s help with donations to help lay their father to rest. Donations can be made via the following link: Forever in my heart.

CHP officers are investigating to determine if the collision was caused by a mechanical malfunction or driver error.