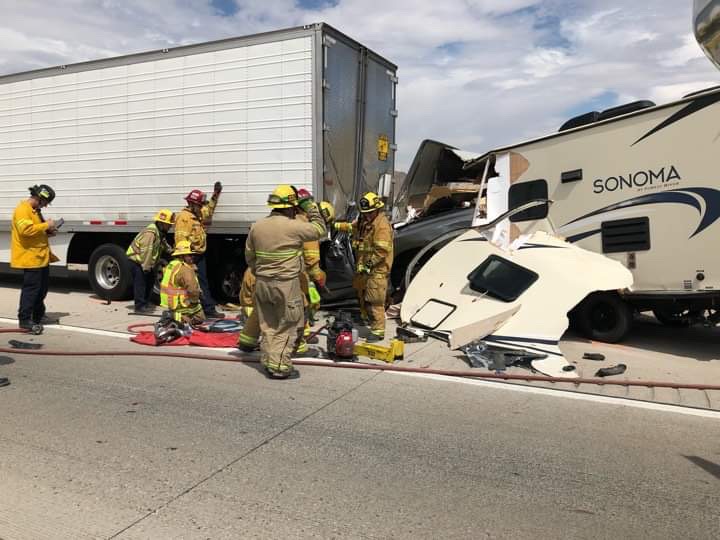 APPLE VALLEY, Calif. (VVNG.com) — All lanes of the northbound I-15 freeway were shut down after a pickup truck towing a travel trailer slammed into the back of a semi.

According to the California Highway Patrol incident logs, a pickup truck pulling a trailer slammed into the back of a tractor-trailer.

The tractor-trailer was parked along the right-hand shoulder disabled due to mechanical issues, officials confirmed. Per the logs, the semi is carrying 70,000 lbs. of vegetables.

The entire cab of the pickup truck went underneath the rear of the semi leaving only the bed and trailer showing.

Firefighters arrived on scene and determined they would need to extricate one person from the truck.

CHP Officers shut down the roadway while first responders treated the injured and landed a helicopter on the freeway. The passenger was airlifted to Arrowhead Regional Medical Center with major injuries.

As of 3:30 pm both lanes remained closed. The identity of the deceased driver has not been released.