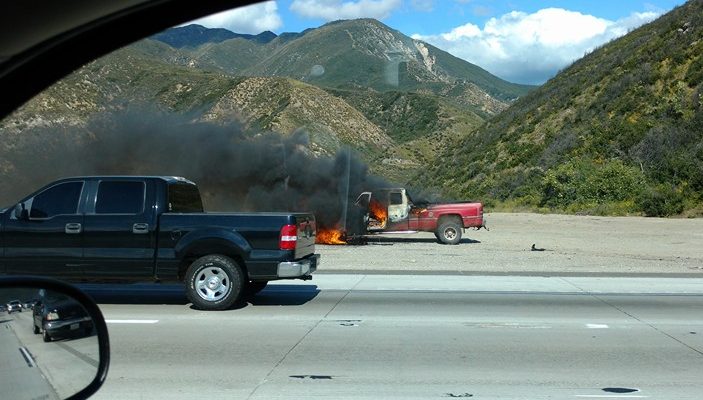 The vehicle fire involving a red Dodge Ram was reported at 3:56 PM, on the northbound 15 freeway south of Cleghorn Road.

Per CHP incident logs, the driver and a dog were able to safely exit the vehicle.

The vehicle pulled over along the shoulder of the freeway and moments later the entire truck was fully engulfed in flames. The occupants of the vehicle managed to unlatch the fully loaded  trailer from the truck.

Firefighters responded and managed to control the fire and kept it from spreading to any vegetation.

No injuries have been reported. The cause of the fire remains under investigation.