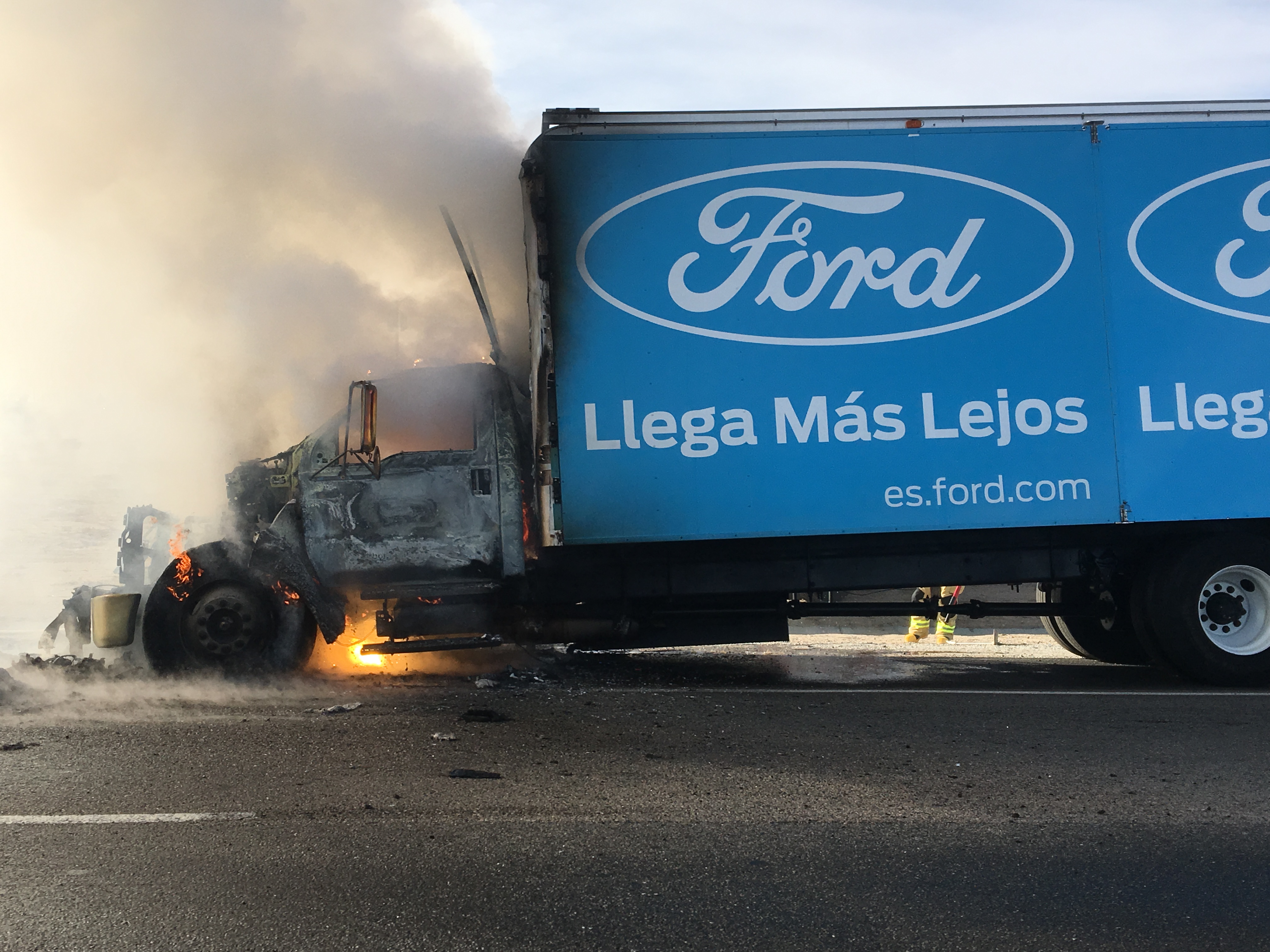 HESPERIA, CA:(VVNG.com)– CHP officers and San Bernardino County Fire are at the scene of a truck fire on the southbound 15 freeway.

The box truck fire was reported at 4:06 pm just south of the Main Street overpass in Hesperia.

When firefighters arrived they located a 20-25 ft semi truck with the cab well involved.

The driver spoke with a Victor Valley News reporter and said he smelled smoke coming from the air ducts followed by a pop and he decided to pull over to the shoulder.

The driver is an employee of Ford Motor Company and he drives the promotional truck through various states. He lives in Florida but was currently traveling from Michigan to Los Angeles.

Firefighters managed to confine the fire to the cab with minimal damage to the trailer. The fire was reported out at 4:28 pm.

CHP shut down the no.2 and no.3 lanes causing a backup on the southbound side for several miles. Northbound traffic was also affected due to lookie loos.

No injuries were reported and the cause of the fire is currently under investigation.

For the latest news in real-time join our Facebook group with over 79,600 members: VICTOR VALLEY NEWS