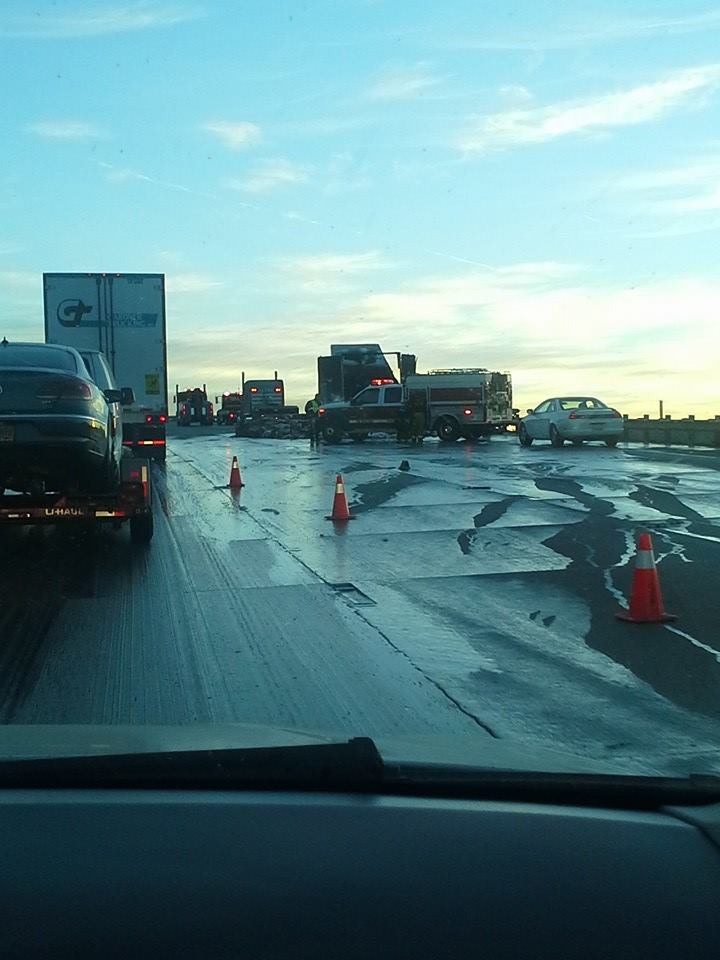 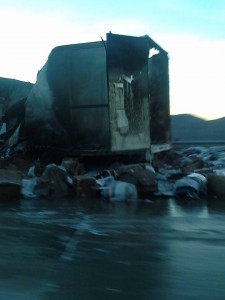 Per CHP logs, a truck fire was reported at 4:19 a.m. near the Oak Hills road exit prompting CHP to issue a Sig Alert shortly after.

According to reports, for unknown reasons the semi’s trailer axel caught fire, quickly spreading to the rear tires and eventually fully engulfing the entire semi & trailer.

The driver of the semi was able to escape the truck and reportedly not injured.

Traffic in the area is moving but you can expect delays. A clean up is under way as the semi and contents are removed from the freeway.