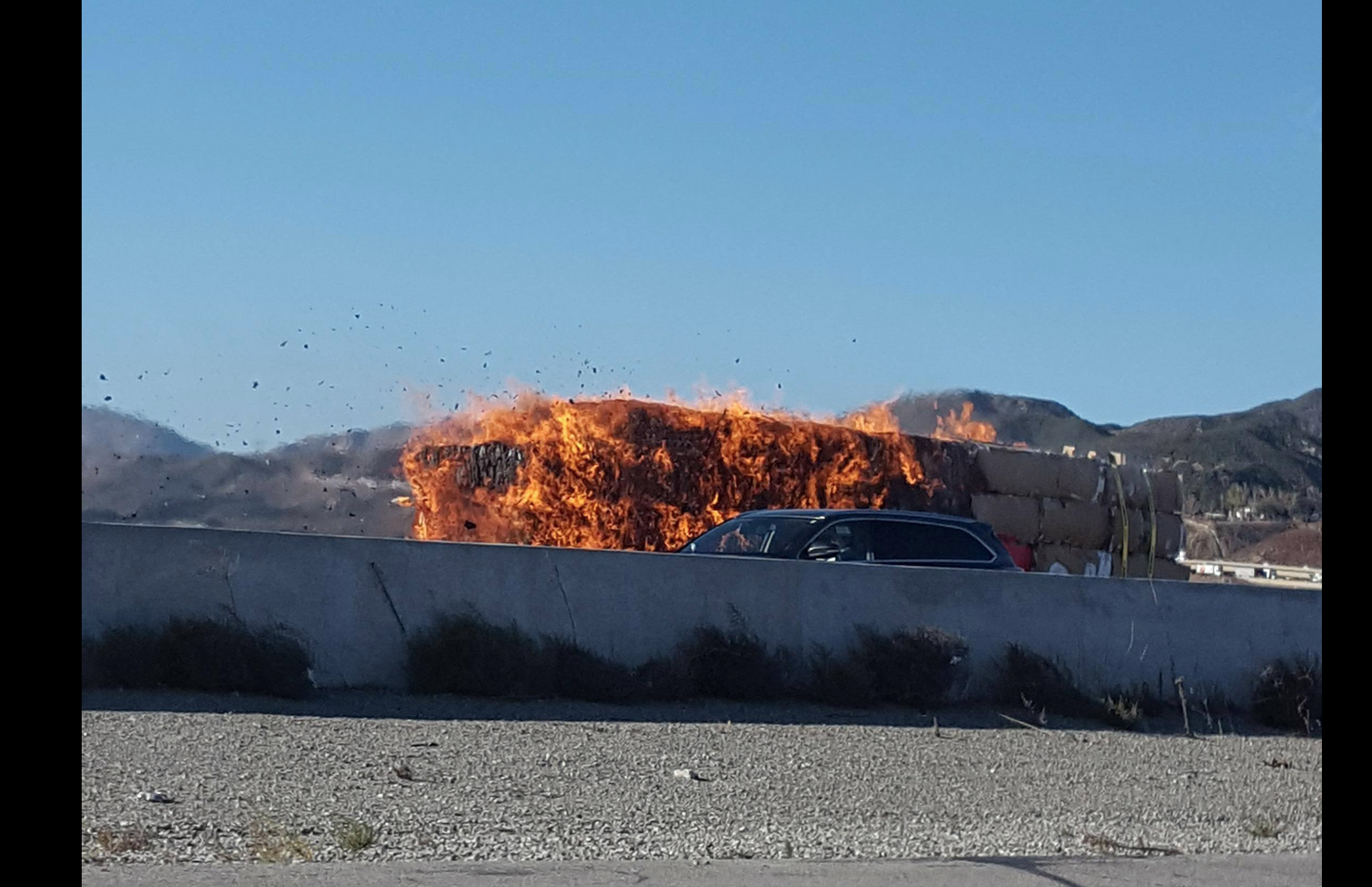 DEVORE, Calif. (VVNG.com) – A truck fire on the southbound I-15 prompted officials to temporarily shutdown the freeway creating a traffic nightmare for motorist Tuesday afternoon.

It happened at about 2:22 pm, when a tractor-trailer hauling compressed cardboard bails on a flat-bed truck caught fire, just south of Glen Helen Parkway. The driver was unable to extinguish the fire and several of the rolls fell down slope catching nearby dry brush on fire, officials said.

According to information on the California Highway Patrol incident logs, the reporting party advised he was driving thru where the fire is and all of a sudden the cardboard on the flatbed of his truck caught on fire.

Several paper rolls on fire fell off the flatbed and down slope catching nearby vegetation on fire.

A water dropping helicopter, already assisting with a nearby brush fire responded and assisted with several air drops helping to knock down the fire.

According to a tweet from Caltrans District 8, the 215 freeway is closed in both directions between the 15/215 interchange and eastbound at the 210/215 connector.

Motorist in the area of the 15/215 interchange are experiencing major gridlocked traffic in every direction and it will remain this way for several hours due to the ongoing separate incidents.

Traffic on the northbound 15 was at a stand still for approximately 30 minutes as fire crews battled the truck fire.

The Little Mountain fire has grown to 100 acres in size and remains at 0% contained as of Tuesday at 3:00 pm.

Information will continue to be updated as it is received. 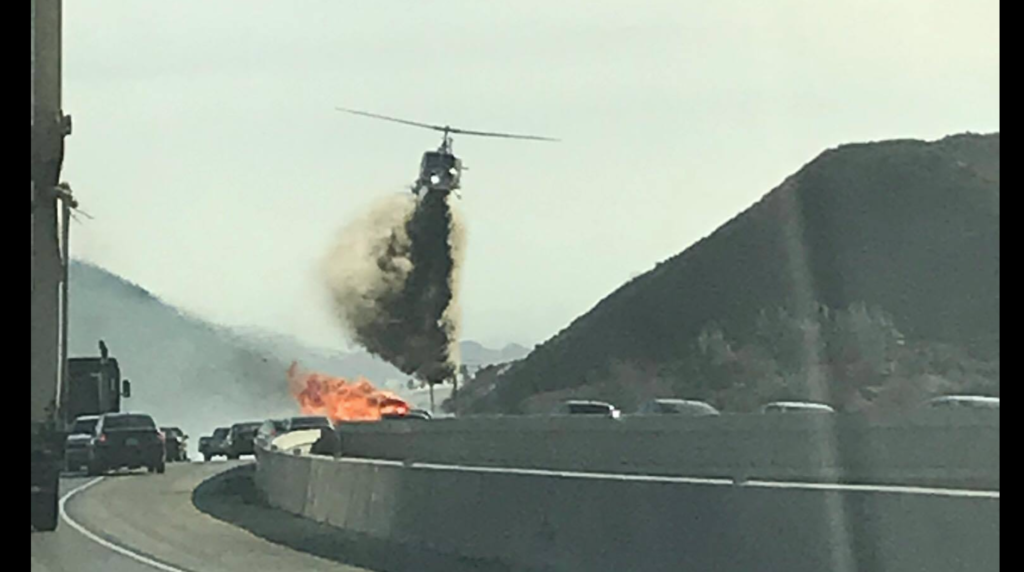 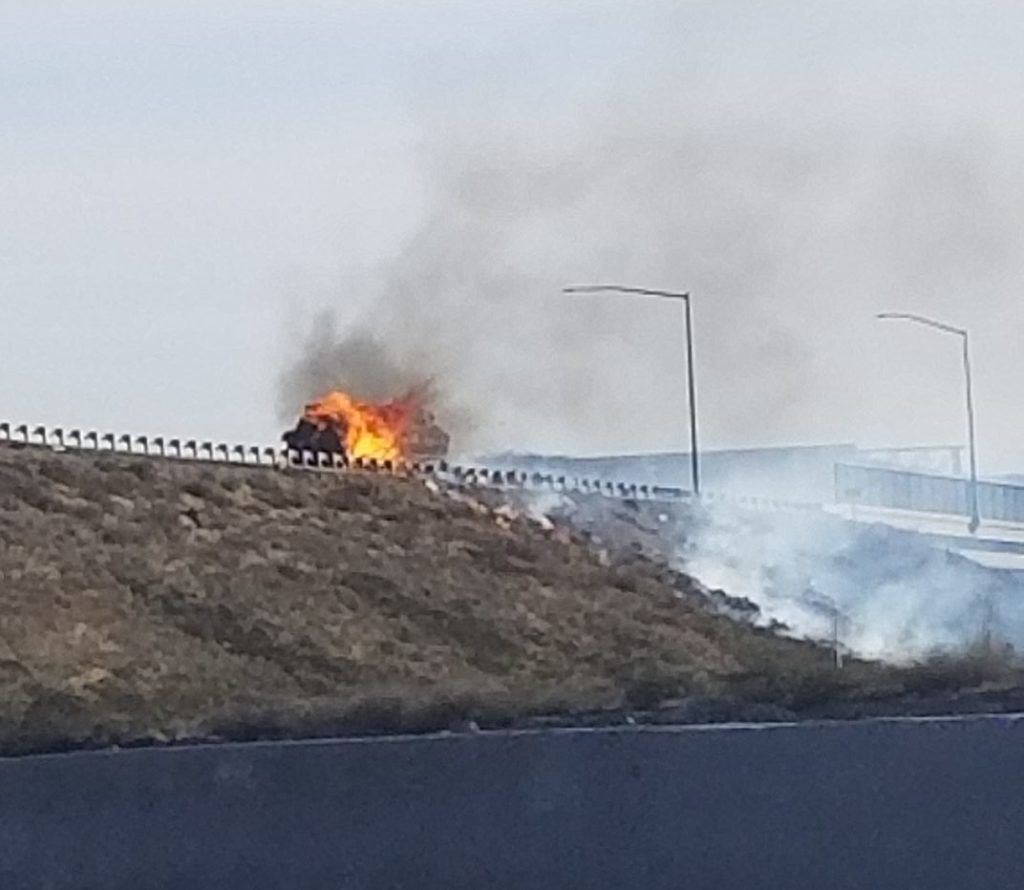 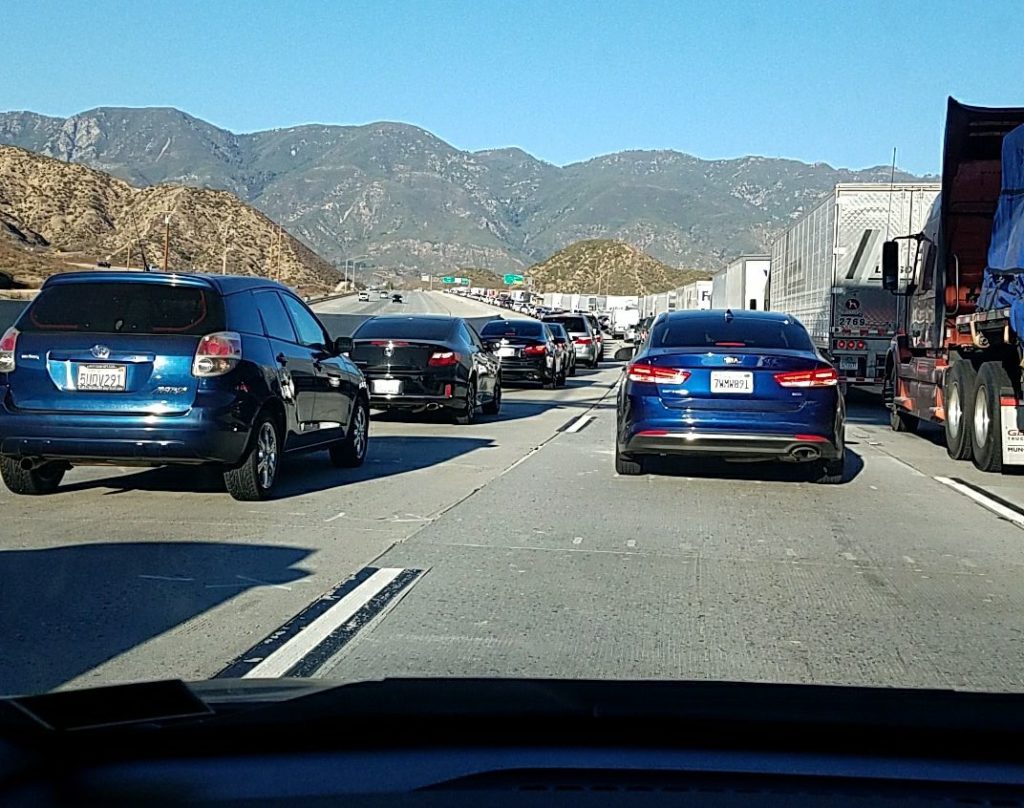 Traffic as seen from a motorist on the NB-15 freeway near Glen Helen Parkway. (Photo by Laura Patrick Azevedo) 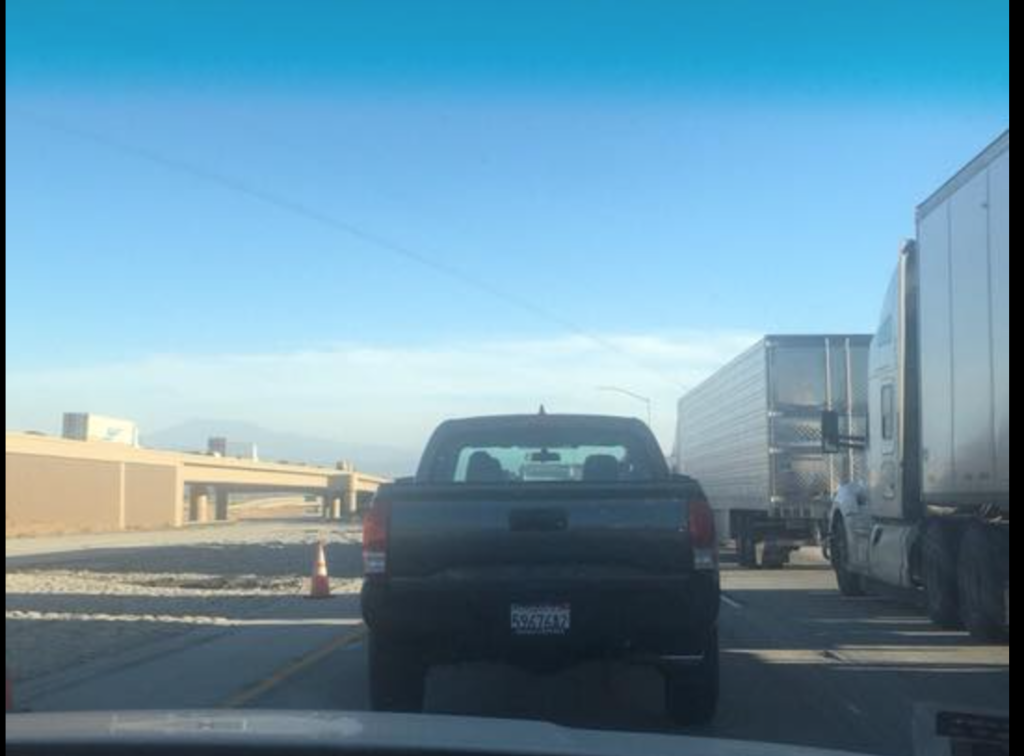 Traffic from the 215/15 interchange. (Photo by Aashka Patel)