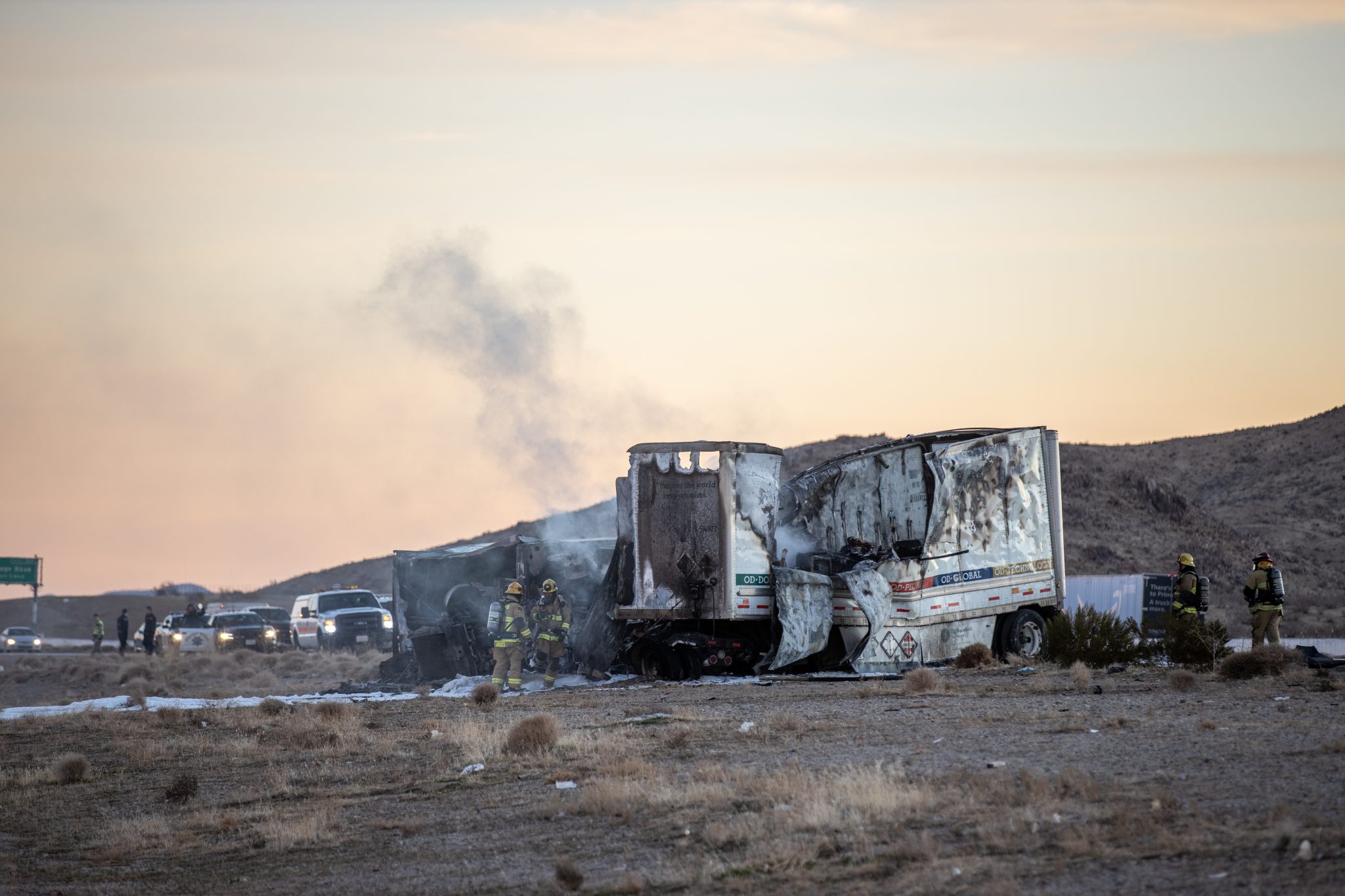 UPDATE: Based on new information obtained by VVNG, at this time it’s unknown if the 2nd person killed was a passenger or a good samaritan who stopped to help.

APPLE VALLEY, Calif. (VVNG.com) — A truck driver and a second person were killed in a fiery crash involving two semis on the 15 freeway early Sunday morning.

At about 4:15 am on January 19, 2020, dispatch received calls reporting an overturned semi on the right shoulder of the freeway, south of Hodge Road.

The overturned semi was struck by a second tractor-trailer causing a fire.

Upon arrival, San Bernardino County Firefighters reported both of the cabs on the semis were completely destroyed and they were unable to verify what was burning inside the trailer.

A placard that read “dangerous” on the burning Dominion Freight trailer prompted San Bernardino County Firefighters to upgrade the call to a hazmat response. The contents were later determined to be pallets of cigarette lighters.

The trailer on the overturned semi was empty.

One patient was transported by ground to LLUMC, a second patient denied treatment at the scene and two people were confirmed deceased.

The incident prompted the California Highway Patrol to shut down all lanes of the southbound I-15 for several hours as crews worked to extinguish the fire.

Victorville – CHP is investigating the official cause of the crash. A SigAlert was briefly issued for traffic control.