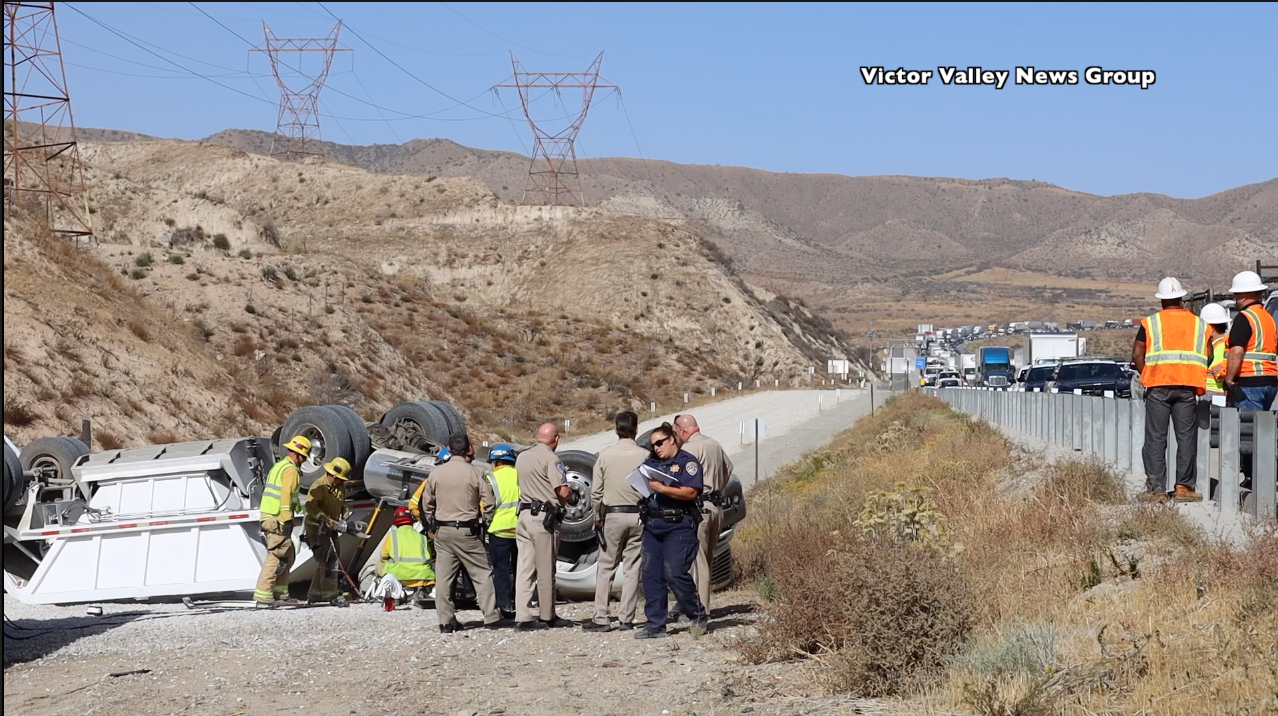 15 Freeway, Cajon Pass (VVNG.com) — One person was killed Thursday morning in a crash involving a semi-truck on the southbound I-15 Freeway.

The California Highway Patrol incident logs indicated the accident happened just before 11:20 a.m. in the escape ramp and involved a tractor pulling double trailers loaded with rock and gravel.

Emergency personnel arrived on scene, and despite life-saving measures, the adult male driver of the truck was pronounced deceased.

Per the CHP logs, witnesses reported that the truck may have lost the brake lines before losing control and overturning multiple times.

Initial reports indicate other vehicles may have been involved, but no further description of those vehicles or information was immediately available.

Commuters traveling through the Cajon Pass should expect a slight delay due to heavy traffic.