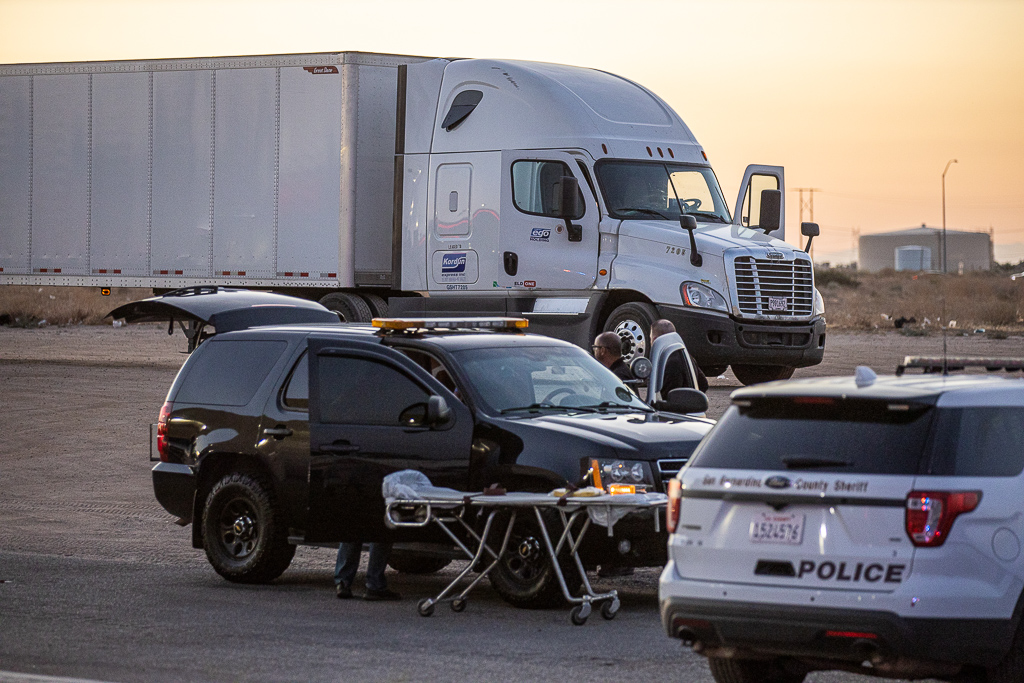 It happened at about 5:00 PM on July 11, 2020, in a dirt lot behind the Chevron in the 12100 block of Main Street in Hesperia. Sheriff’s officials said the deceased male was found in a white semi and there are no suspicious circumstances involved.

The coroner showed up just before 8:00 PM to retrieve the body. The identification of the deceased will be released by the coroner’s pending notification of next of kin.

According to a sign on the side of the semi, the truck was leased to Kordun Express Inc. based out of Bensenville, IL.

Related Topics:death investigationHesperia
Up Next