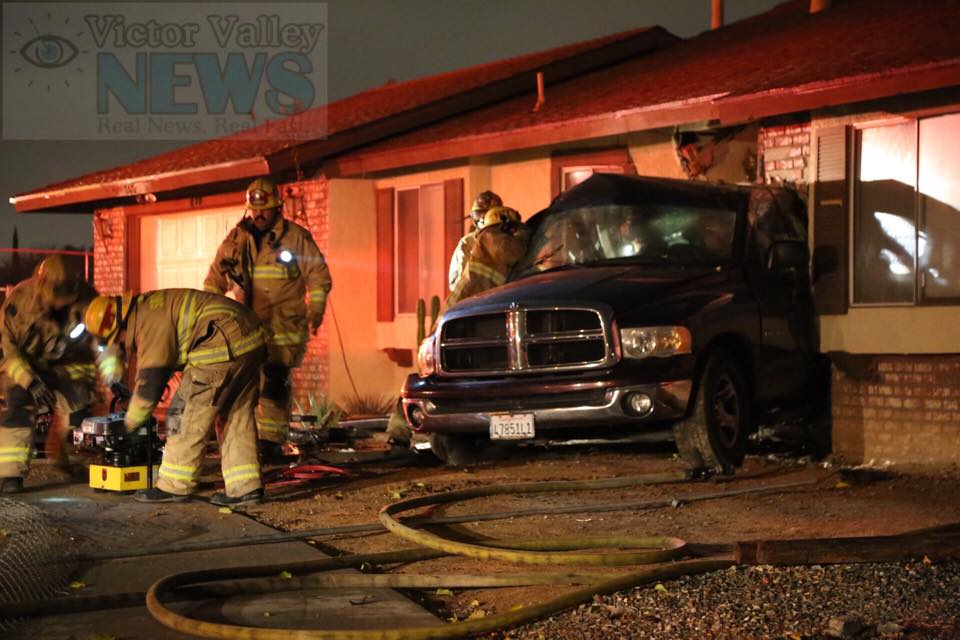 VICTORVILLE-(VVNG.com): A male driver of a tow truck was injured when his work vehicle collided with a burgundy Dodge Ram that ended up halfway inside of a residence. The accident occurred just after 7 p.m., on Wednesday, December 3, 2014 at the intersection of 3rd Avenue and Nisqualli Road in the city of Victorville.

Although the exact cause of the accident is currently unknown it’s believed the slick roads from the recent rains may have played a role in the collision; that sent the burgundy truck, into a corner residence, causing a ruptured water line which flooded the home.

According to a witness at the scene, the burgundy truck ran a red light at the intersection. Causing the tow truck to strike the pick-up truck and eventually colliding into the traffic signal light.

Two male occupants in the pick-up truck required extrication from the vehicle and were both transported by ground ambulance to local area hospitals with unknown injuries. Alcohol was located in the burgundy truck, however it is unknown if the driver was intoxicated at the time of the crash.

The home sustained significant damage and is now boarded up. The occupants of the home were not inside the residence at the time of the crash and requested assistance from the Red Cross for a place to stay overnight.

Traffic was detoured for several hours while work crews cleared up the wreck. The traffic signal light at 3rd Avenue was knocked down and landed on top of the tow truck belonging to A Action Towing.

More information will be updated as its received. 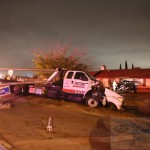 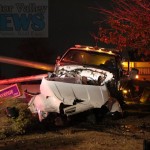 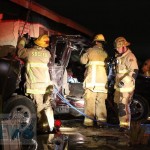