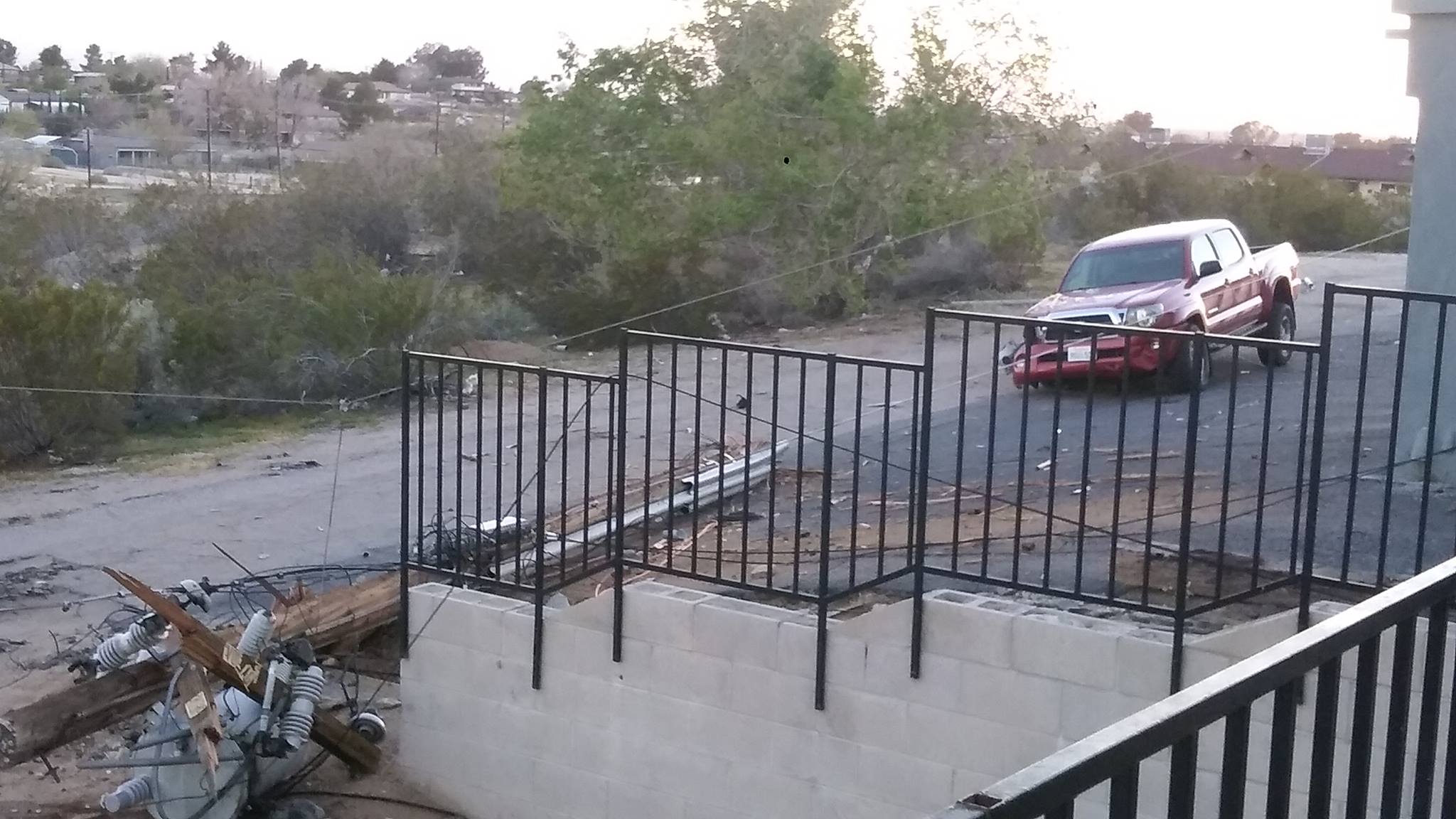 APPLE VALLEY:(VVNG.com)- A pick-up truck crashed into a power pole Tuesday knocking out power to over 1,300 Apple Valley residents. The single vehicle crash was reported at 6:03 PM., on Tuesday, March 22, 2016, in an alleyway behind the 19000 block of Allegheny Road.

A witness at the scene told Victor Valley News, the truck hit the pole very hard causing a nearby apartment complex to shake. The force of the impact sheared the pole snapping  it in half causing it to fall over.

“When he hit the pole it sparked and it sounded like an explosion,” said Cristal Padilla. The crash caused the airbags in the red Toyota Tacoma to deploy. “I went over towards the truck to check on the driver and I asked him if he was ok. He gave me a thumbs up and I had to move away because of the downed wires,” she continued to say.

Several apartment complexes in the area were impacted by the sudden power outage. According to Caroline Aoyagi-Stom with Southern California Edison, a total of 1,336 customers were initially impacted by the power outage between Nosono Road and Wintun Road. Approximately 1 hour later many residents reported having power restored.

As of 10:30 PM., the SCE outage site showed a total of 91 people remained without power and power is expected to be fully restored by 6:00 AM., on Wednesday, March 23rd.

The official cause of the accident remains under investigation. More information will be updated as it becomes available.

For the latest news in real-time be sure to join our Facebook group with over 65,000 members: www.facebook.com/groups/victorvalleynews