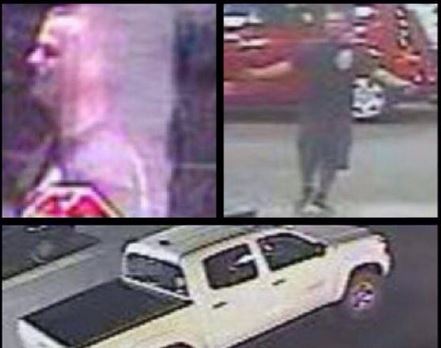 VICTORVILLE-(VVNG.com):  On Tuesday, January 27th, nearly a year and a half following the shooting murder of a 26-year-old father of four Daniel Olivera, the suspect Eric David Robbins, 37 attended his in custody preliminary hearing.

The case stemmed from a shooting that took place on a very normal Sunday night at about 10:40 P.M., on  August 11, 2013, at AM PM located at 15730 Roy Rogers Drive in Victorville.  A store employee, 26-year-old Daniel Olivera had just finished his shift at work. Olivera, stopped right outside the store to talk to the store security guard.

The night was not out of the ordinary in any way, store patrons were fueling their tanks, people walked into the store to pay for gas or to grab a snack. In what seems like an instant to witnesses came a gunshot, hitting Olivera directly in his chest. No one could see where the gunshot came from, only the direction could be determined. Not one witness saw anyone that they felt could have been the shooter of this shot, that left Olivera’s lifeless body laying on the ground near the store entrance.

Family & Friends fathered outside of the AMPM on Roy Rogers Drive and held a memorial in memory of Daniel Olivera.

Immediately, the gas station was taped off with crime scene tape and those in the vicinity were prohibited from leaving the crime scene until they were interviewed. The news was immediately posted on Victor Valley News group just following the report of a shooting causing a myriad of strong emotions. Those that did not know Olivera speculated that maybe the attack was a targeted gang attack. Those who knew, or even met Olivera assured everyone that was not the case in this murder of a hard-working father of four.

On August 22, 2013, store surveillance footage was released to the public that showed a person of interest. This person after public leads was later identified as Eric David Robbins of Victorville was shown on the footage arguing with the security guard. This verbal altercation caught on surveillance, took place just 40 minutes prior to the shooting. This revelation lead investigators to Robbins who was served with a search warrant of his home. During the search, investigators located sufficient evidence to make the August 23, 2013 arrest.

Robbins is currently in custody at the Central Detention Center in San Bernardino held on $3.3 million bail. He will return to court on February 5th for an arraignment on information hearing, which is a second arraignment to make a plea based on the evidence presented.