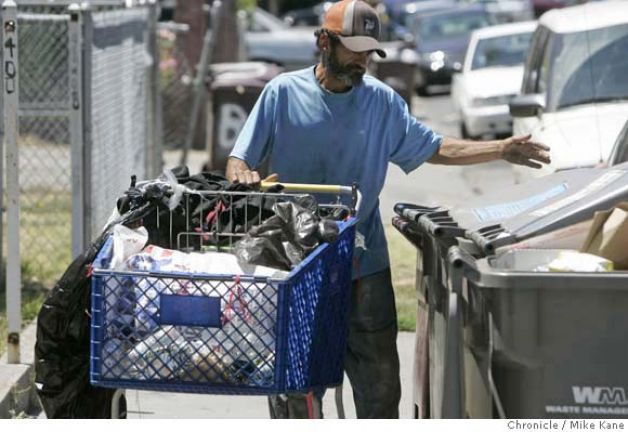 VICTORVILLE-(VVNG.com): Several Victor Valley residents are enraged regarding their trash receptacles being ravaged through by people seeking easily collectible recyclables. Each city in the Victor Valley has a code, making this action not only against code, but illegal. During regular hours homeowners can call their city code enforcement to enforce the law, after hours the police will handle the unlawful collection of recyclables.

Residents are concerned with the mess left behind by these individuals, possible identity theft and some even have had their trash not picked up by their trash service due to the lid being left open.

Per Victorville city code, the ownership of solid waste, which includes recyclable materials, green waste, bulky waste and/or construction waste is that of the city authorized waste and recycling contractors once it is put curbside. Removing the items from these receptacles constitutes a Misdemeanor and is punishable in the court of law.

In addition to cities having codes against the illegal collection of items from trash receptacles, the state also does. As far as civil action. the court can allow damages of market value of the materials or and award a penalty of no more than $2,000, whichever is greater.

If this is violated a second time in a 12-month period the court can allow market value or up to $5000, whichever is greater. If the value of the stolen material is more than $50 and less than $950 the violation can be charges as a misdemeanor or infraction, the second conviction in 12 months would be a misdemeanor.