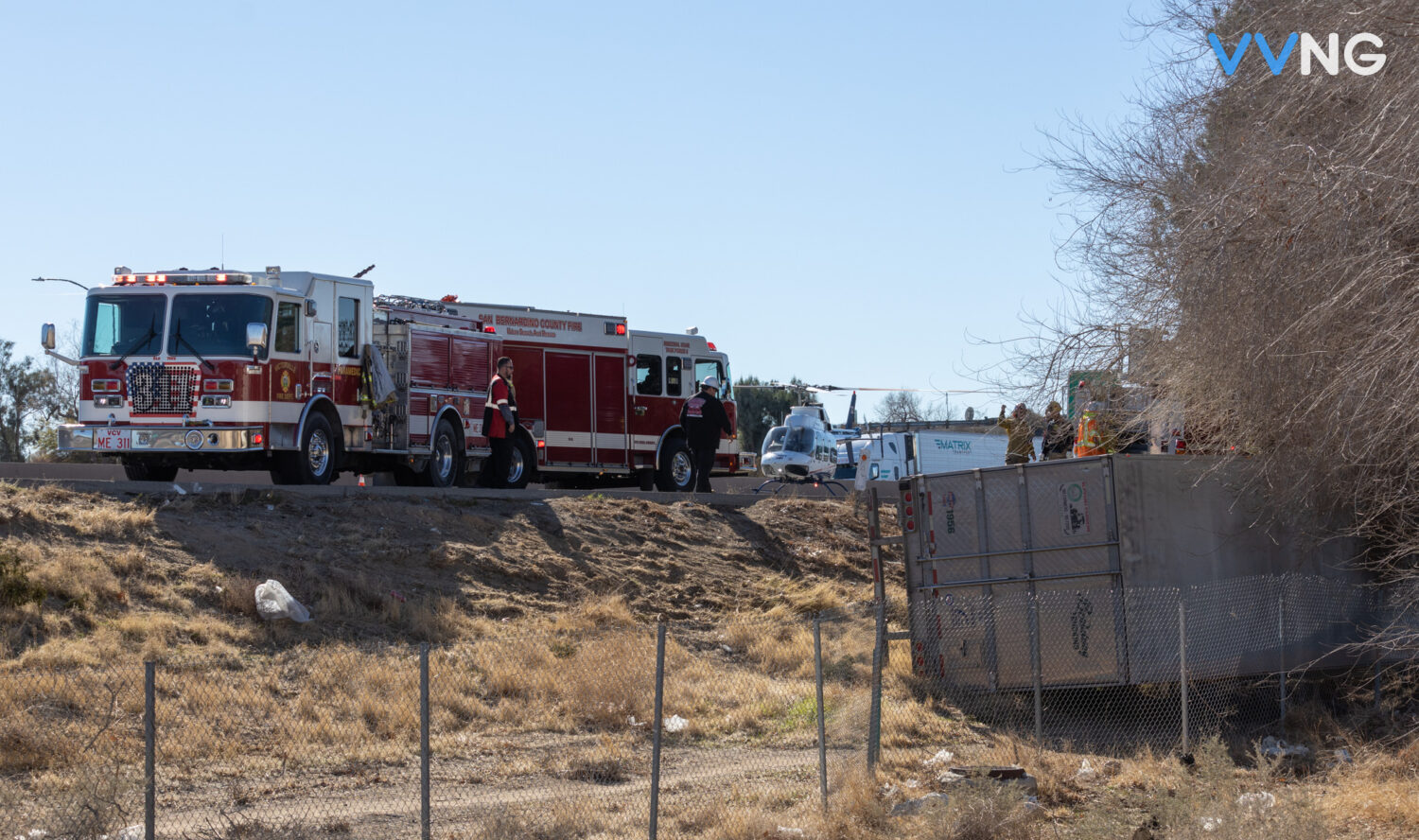 The California Highway Patrol and Victorville Fire Department responded to the southbound 15 freeway near the Mojave Drive offramp at around 9:30 a.m., January 23, 2022.

When emergency crews arrived at the scene, they found the semi-truck turned on its side into an embankment with oil spilling from the semi.

The driver of the semi-truck was trapped in the mangled cab and had to be rescued. It took firefighters nearly 40 minutes to rescue the driver.

The southbound 15 freeway was briefly shut down at about 10:15 a.m. as a helicopter landed at the scene to transport the driver to a trauma center. The freeway remained closed for approximately 30 minutes.

The extent of the injuries sustained in the crash is unknown at this time. No other injuries were reported.

A Hazmat team was requested to the scene for fuel cleanup. The official cause of the accident is under investigation by the Victorville CHP office.