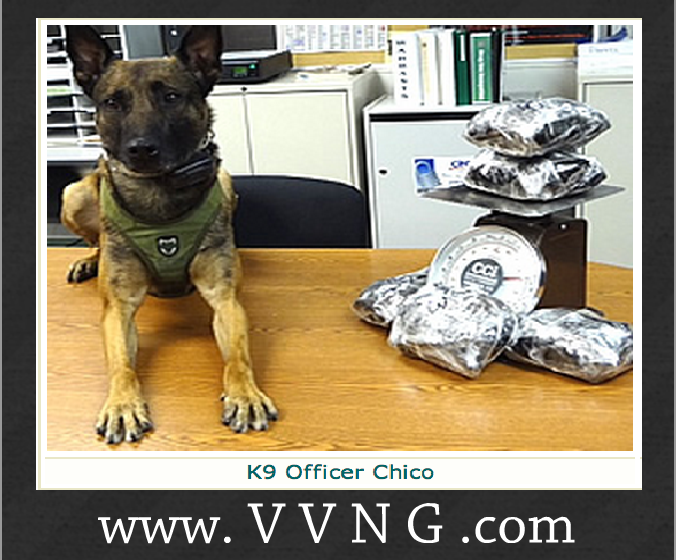 BLYTHE: On Thursday, April 25, 2014, at about 9:24 pm, a K9 deputy from the Colorado River Station and his K9 partner, “Chico” stopped a vehicle on Interstate 10, east of Intake Blvd, in the Blythe area for a vehicle code violation. The 17-year-old juvenile driver and her passenger were contacted. The passenger, Estevan Santos (19), of Glendale, AZ, had an active arrest warrant out of Arizona with full extradition.

Incident to the arrest, an exterior sniff search was conducted on the car and Chico alerted to the trunk area of the vehicle. A subsequent search revealed a substantial amount of suspected methamphetamine. Santos and the juvenile were detained and the Blythe Narcotic Enforcement Team (BNET) responded to assume the investigation.

In Loving Memory Of Shannon Brown