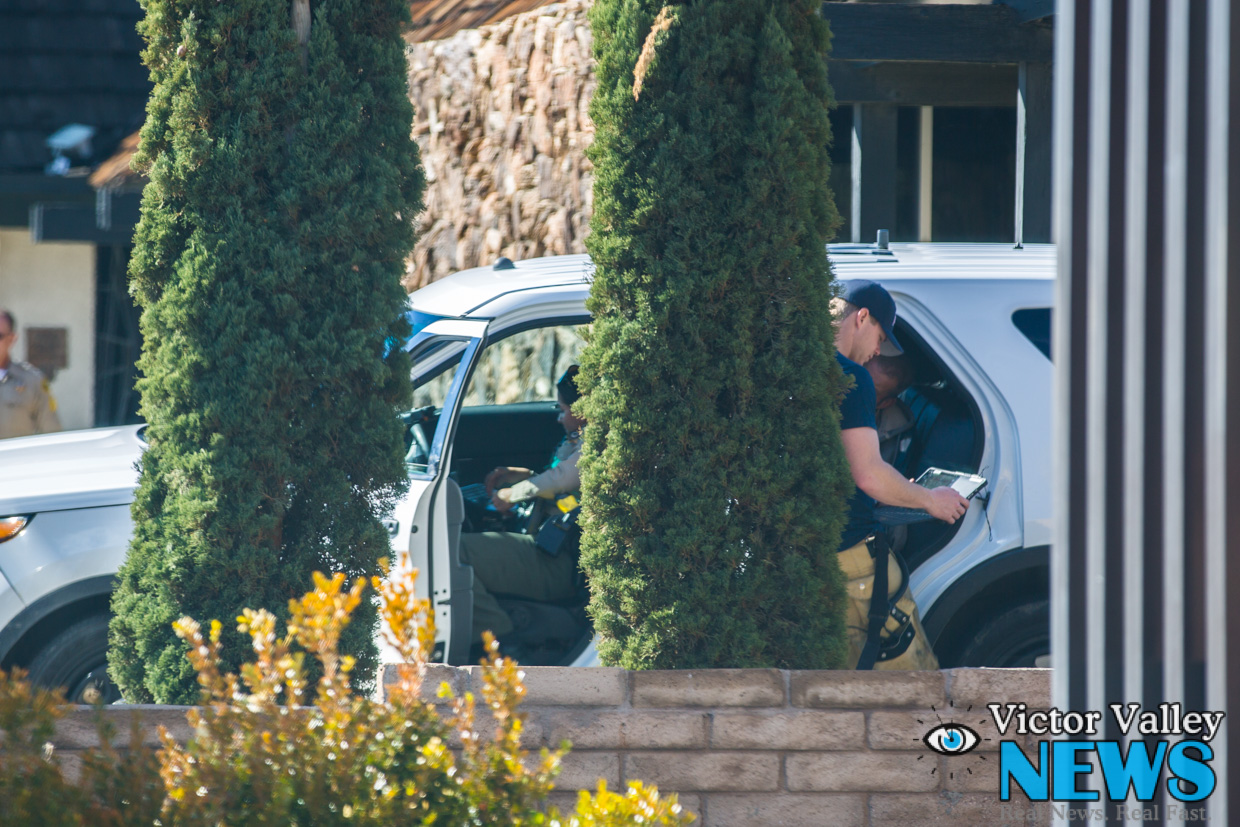 VICTORVILLE, Calif. (VVNG.com)- A Victorville deputy was forced to taser a 64-year-old male transient after refusing to comply Tuesday morning.

At about 10:40 a.m., a local business near Atstar and Sand Streets requested extra patrol from deputies after having issues with a transient in the area.

“A deputy arrived and attempted to speak with the subject, David Thornton, and he ran,” stated Sheriff’s spokeswoman Mara Rodriguez.

After running, Thornton attempted to enter McKay’s High Desert Funeral Home but the door was locked.

“The deputy approached him [Thornton] at that location and he again, refused to comply,” stated Rodriguez. “The deputy deployed her Taser but due to a large coat he was wearing it was ineffective.”

Responding deputies arrived at the scene and detained the suspect. Thornton was taken to a local hospital to be treated for minor injuries received during the incident and will be booked for resisting an executive officer.