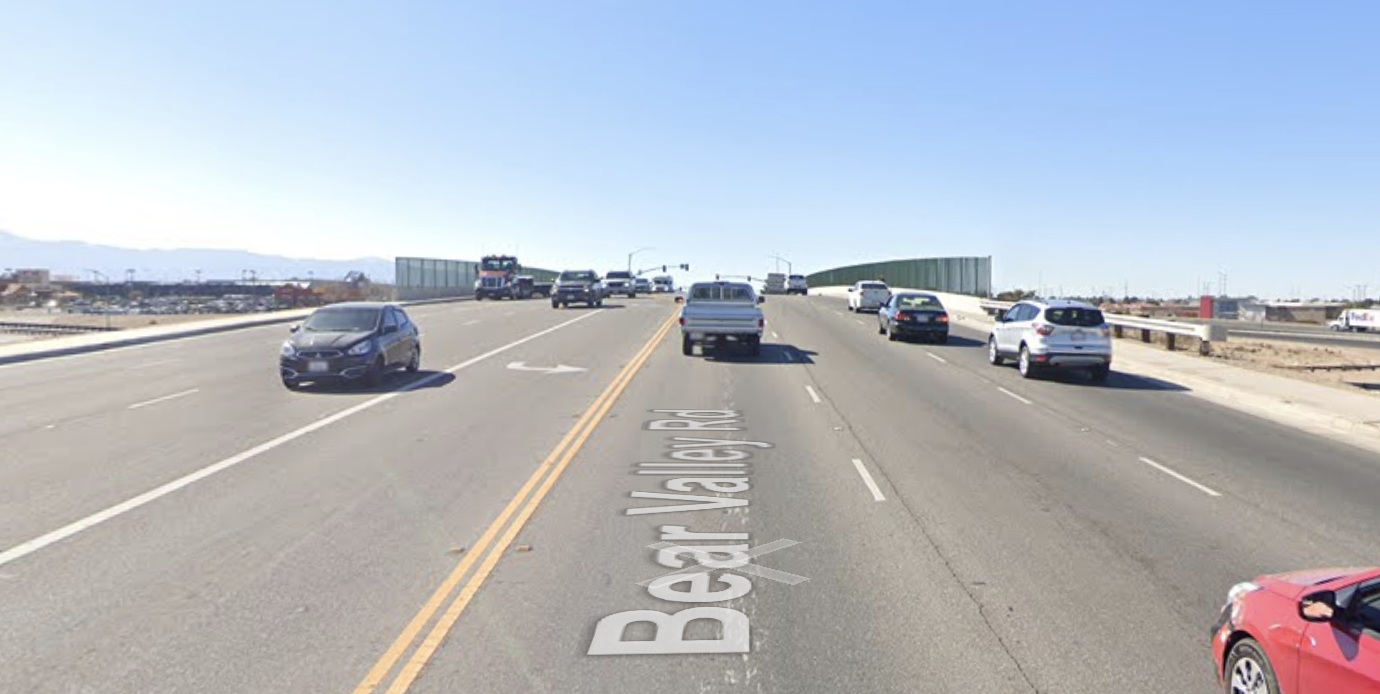 VICTORVILLE, Calif. (VVNG.com) — A Victorville transient was hit with a nonlethal round after reaching into his waistband for what was later determined to be a BB gun.

Deputies responded to the area for a well check after they were informed there was a man sitting atop the fence of the overpass. Witnesses then reported he was off the fence and walking on Bear Valley Road, in the roadway.

When deputies arrived, the suspect identified as 37-year-old Raymond Angel Ronquillo was in a gas station parking lot at Bear Valley Road and Mariposa Road.

According to a news release, “witnesses reported he had a gun, which he retrieved from behind a dumpster. “Deputies attempted to make contact with Ronquillo, but he ignored their commands. After Ronquillo reached into his waistband, a deputy deployed a less than lethal round, striking him and causing him to fall to his knees.”

Deputies were then able to safely take him into custody. Officials said the firearm was located near Ronquillo and determined to be a bb gun, resembling a real firearm.

Ronquillo was booked at High Desert Detention Center for brandishing a replica firearm.

Anyone with information about this investigation is asked to contact Deputy F. Demara at the Victorville Police Department at (760) 241-2911 or Sheriff’s Dispatch at (760) 956-5001. Callers wishing to remain anonymous are urged to call the We-Tip Hotline at 1-800-78CRIME (27463) or you may leave information on the We-Tip website at www.wetip.com.