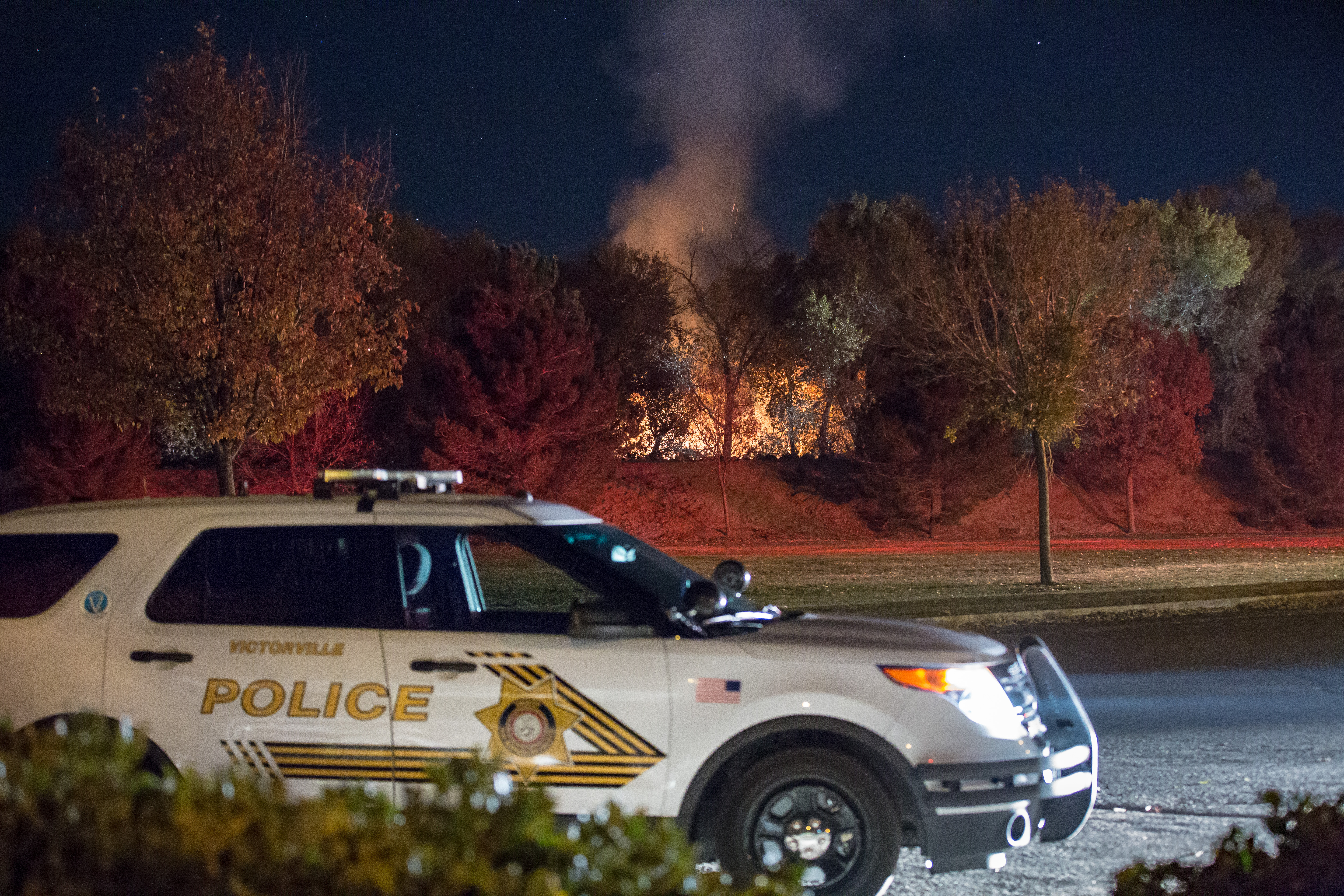 VICTORVILLE, Calif. Dec 3rd (VVNG)– A woman suffered burns to her arm after a warming fire near the Mojave Riverbed spiraled out of control.

A firefighter from Station 311 in Victorville wrapped the arm of a woman who suffered 2nd to 3rd-degree burns and was transported to a local hospital.

Fire personnel remained on scene for an extended amount of time to ensure all hot spots were out.

As the temperature drops, the rate of transients starting fires to stay warm increase, posing a fire risk.

At the time of the fire, temperatures were in the low 40 degrees and expected to drop to 30 degrees.

A San Bernardino County Firefighter is seen through brush putting out a warming fire that got out of control on December 3, 2016. (Gabriel D. Espinoza, Victor Valley News)

A Firefighter from Station 311 wraps a women’s arm after she suffered burns from a warming fire in the Mojave River Bed. (Gabriel D. Espinoza, Victor Valley News)