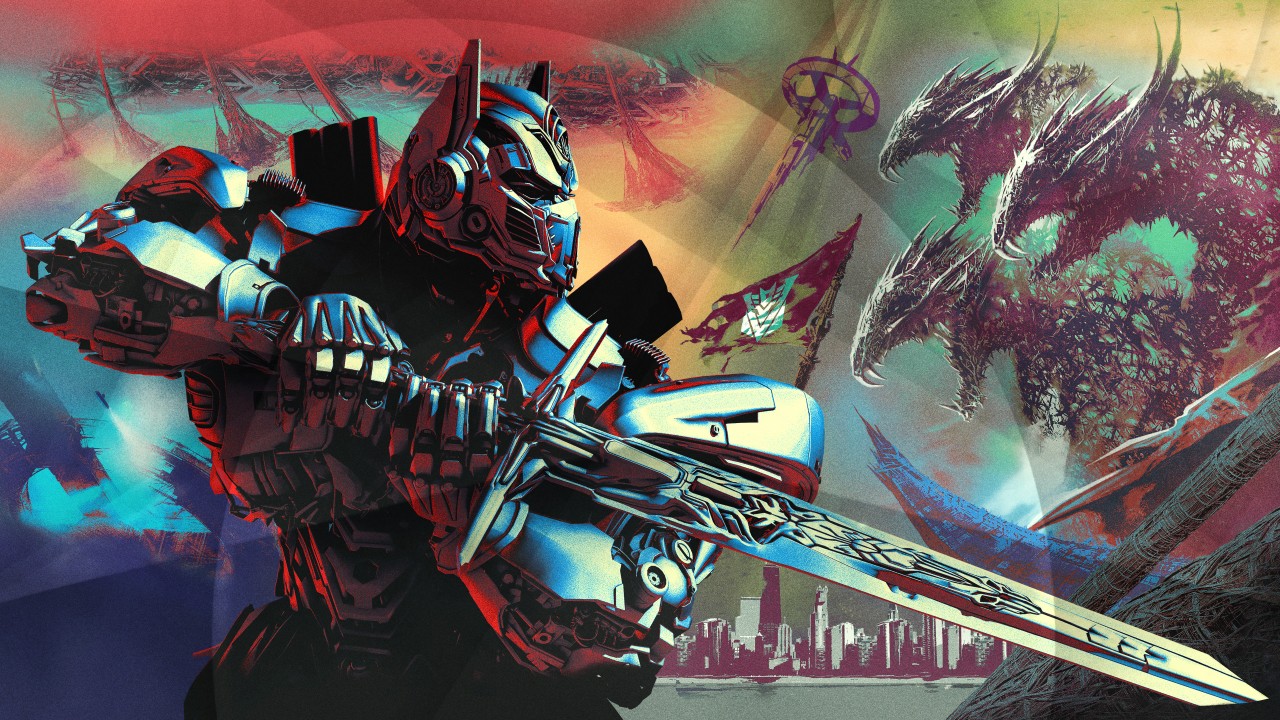 (VVNG.com) – The Robots in Disguise have just rolled out their fifth movie and it seems like not much has changed, storywise, for these car-bots. They are STILL at war with the ungrateful humans (even after they have saved the earth like 20 times). Bumblebee STILL hasn’t fixed his voice box (I mean, I’m no space mechanic but, it’s not fair that Optimus got his flying upgrade and Bee can’t even talk). The bad guys STILL want to conquer earth(even though they can travel to countless other uninhabited planets in the universe). They are STILL searching for some sort of artifact or ship that will stop earth from being conquered (this time it’s Merlin’s staff, similar to the AllSpark and the Matrix of Leadership and the Ark and the Seed) And because of all the shaky cam, inconsistencies, irrationalities and unnecessary complications… I STILL don’t know what da heck is going on during most of this flick.

Don’t get me wrong, I really don’t need every single movie I watch to be thought provoking or inspirational. Sometimes I just want to go the movies and have a good time while enjoying some cool action sequences and funny jokes. I would have loved for that to be the case with this flick but, unfortunately, I couldn’t enjoy anything because basically nothing in this movie made any freaking sense!

I give Transformers: The Last Knight, the (brand new) “Checky™ Brand of Shame!” Mark Wahlberg and Anthony Hopkins are pretty cool. The new girl, Isabela Moner, does a good job playing a though and brave kid but, she had absolutely no business fighting 30 foot robots. There are about three to five action sequences that were pretty cool and three to five jokes that were pretty funny but that is not nearly enough (especially in a 2 ½ hour movie) to recommend this flick to anyone.

There is no need to go out to watch this flick. I have a feeling you MIGHT enjoy this movie if you have liked all of the previous Transformer films. I only loved the first and second ones and then they started to go downhill for me until this one just reached the very bottom. I was expecting mindless fun when I went to watch this… They forgot to add enough fun (sad face emoji).

So, what did you think of Transformers: The Last Knight? Do you agree or disagree with me? Which flick are you checking out this week? Let me know in the comments below. Have a great day at the movies and don’t forget to save me some popcorn.

Synopsis:Humans are at war with the Transformers, and Optimus Prime is gone. The key to saving the future lies buried in the secrets of the past and the hidden history of Transformers on Earth. Now, it’s up to the unlikely alliance of Cade Yeager (Mark Wahlberg), Bumblebee, an English lord (Anthony Hopkins) and an Oxford professor (Laura Haddock) to save the world.