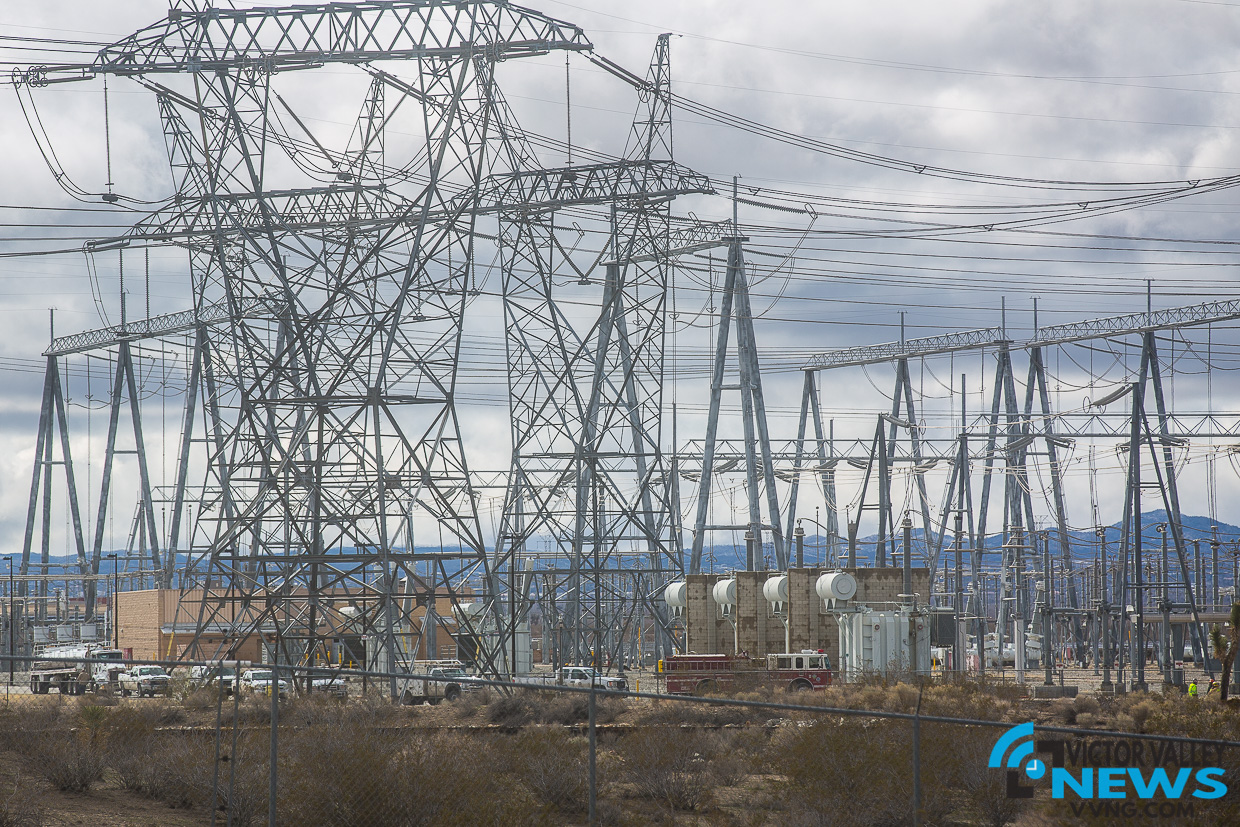 ADELANTO, Calif. (VVNG.com)- A potential disaster was averted Saturday morning thanks to the quick action of crews at the 300-acre Los Angeles Department of Water & Power (LADWP) Converter Station on Aster Road in Adelanto, along with help from Adelanto Public Works crews and County Fire.

A transformer explosion at 7:15 a.m. caused a cracked seal which led to a leak of mineral oil—but unlike automotive oil, is not toxic.

“The disaster would have been if the leak had not been contained on site,” said Adelanto Mayor Rich Kerr. “The residents of Adelanto were in no danger at any time because the situation was quickly contained by LADWP staff with help from Adelanto Public Works crews and County Fire,” said Kerr.

Exact figures on the size of the leak are unknown because the majority was contained in a pit underneath the transformer as it was designed to do in the case of failure. “Although the majority of the oil was captured and retained on site, we know that some material was discovered as far north as Bartlett Avenue and Aster Roads, almost two miles away” said Kerr.

Oil and the water used to extinguish the fire drained from the site of the explosion, and, along with flows from overnight rain, created what could have been a potential disaster. “Even though the oil isn’t toxic, we could have had quite a mess had the majority of the leak escaped D.W.P. property,” said Kerr.

Booms were in place at several key points along the drainage path to isolate and retain the oil but allow the water to drain while most of the oil was retained on D.W.P. property.

Crews from Adelanto Public Works were requested to assist and used a city owned and a rented loader to build a makeshift detention pond on D.W.P. property to capture the oil that escaped the explosion site, but also to construct a second and third pond. “My hat is off to our operator Lowell Thomas, who, in addition to digging the detention pond moved 325 yards of dirt to create a four-foot berm around the detention pond in the event of failure,” said Kerr.

The oil did not seep into the water table—only the water—and the oil was to be siphoned and contaminated dirt removed.

“Fortunately no one was injured in Saturday’s explosion, and it appears that D.W.P. crews executed their contingency plan as they were trained to make sure the situation didn’t deteriorate,” said Kerr. For more information about the explosion contact the Manager at Los Angeles Department of Water and Power, (760) 246-6932. 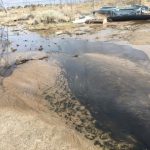 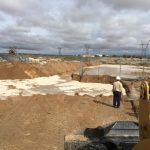 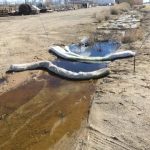