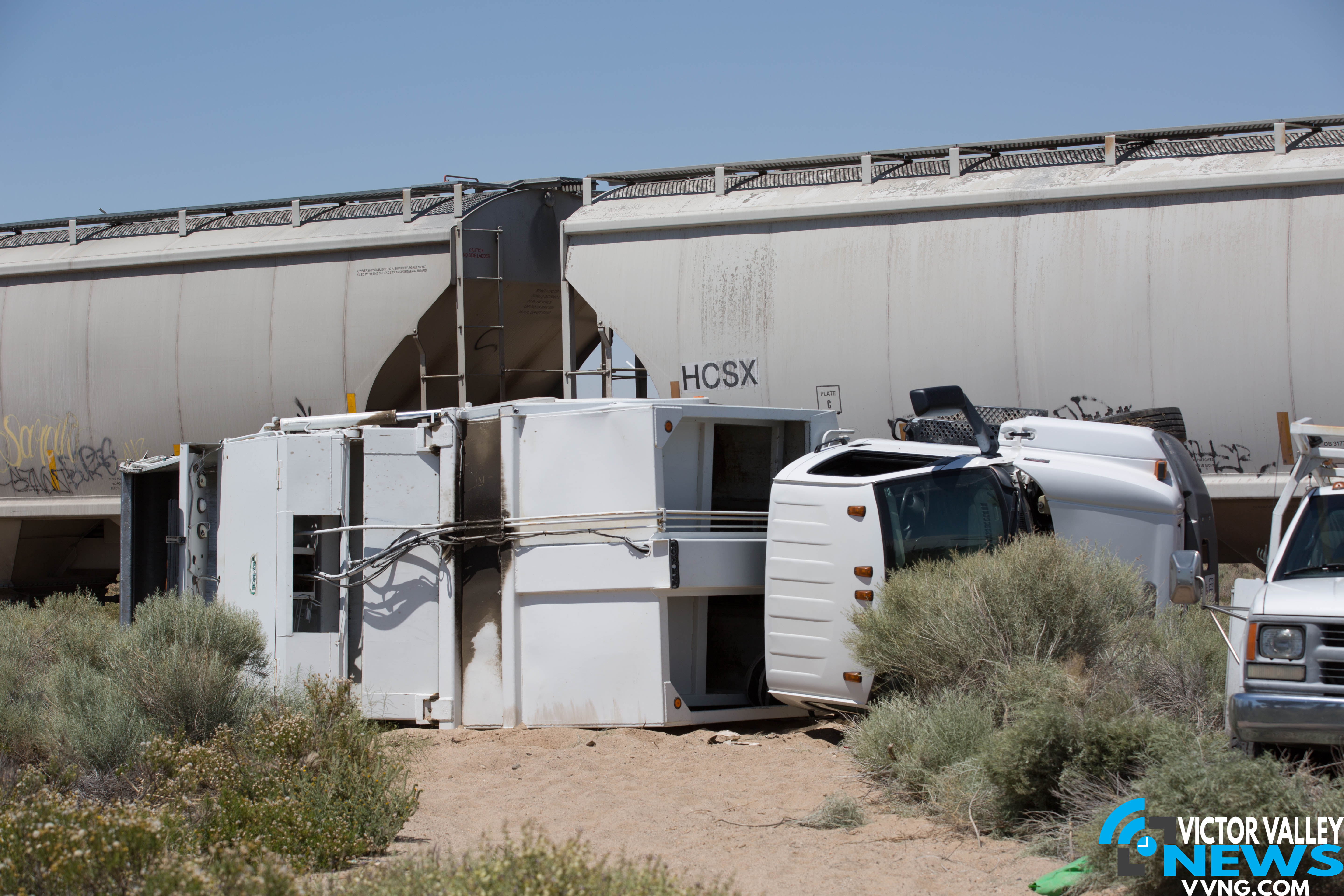 PHELAN, Calif. (VVNG.com) A City of Victorville utility truck was struck by train Wednesday afternoon after becoming partially lodged on the tracks.

At around 12:20 p.m. a traffic collision was called in by a coordinator of the Union Pacific, stated officer Matt Hunt of the California Highway Patrol.

“He had reported he struck a vehicle about a mile from Phelan Road and that the rear of the truck had been sticking over the train track,” said Hunt.

The impact caused the city truck to overturn, fortunately nobody was in the truck at the time. The occupants of the truck saw the train heading towards them and were able to exit the vehicle.

According to Victorville City spokeswoman Sue Jones, the truck involved in the crash is a city-owned, real-loading trash truck.

“The truck was on-site as part of a cleanup effort to remove illegally dumped debris near a well site. Regrettably, the truck got stuck in sand near the train track,” stated Jones.

The Union Pacific agency will ensure the safety of the train before allowing it to continue on it’s path.

The California Highway Patrol Victorville Division will be handling the investigation.