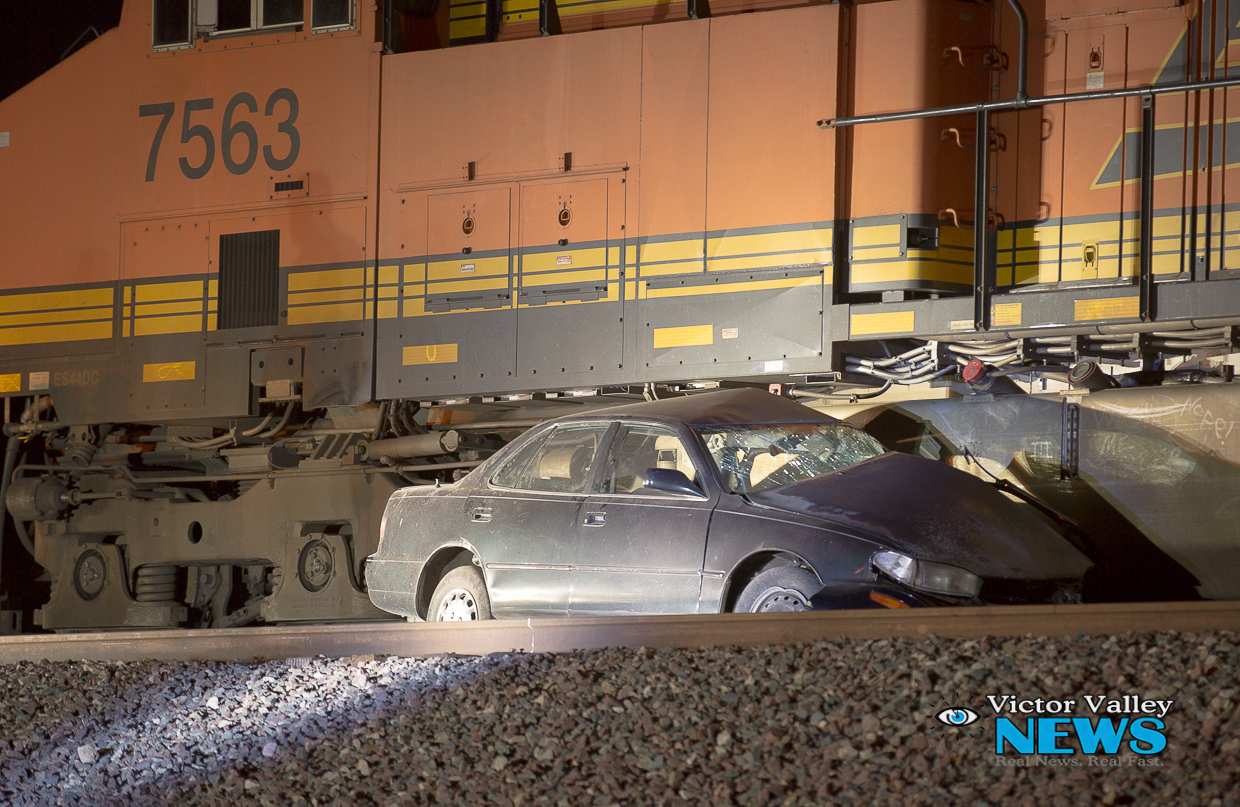 HESPERIA, Calif. (VVNG.com) Authorities said a man drove his car onto a railroad track and escaped the vehicle before it was hit by a train early Saturday morning.

The incident occurred just after midnight along Santa Fe Avenue and Lime Street in Hesperia.

“They said they were not paying attention blew through a stop sign and hit the track,” said Deputy Jeromy Snyder, with the San Bernardino County Sheriff’s Department’s Hesperia station.

The 8,000 foot BNSF train dragged the 1993 Toyota Camry  for about a quarter mile before coming to a complete stop.

A Union Pacific train was also forced to stop dead in its track until the vehicle was removed.

The driver and his female passenger were not arrested and drugs or alcohol were not a factor in the accident.