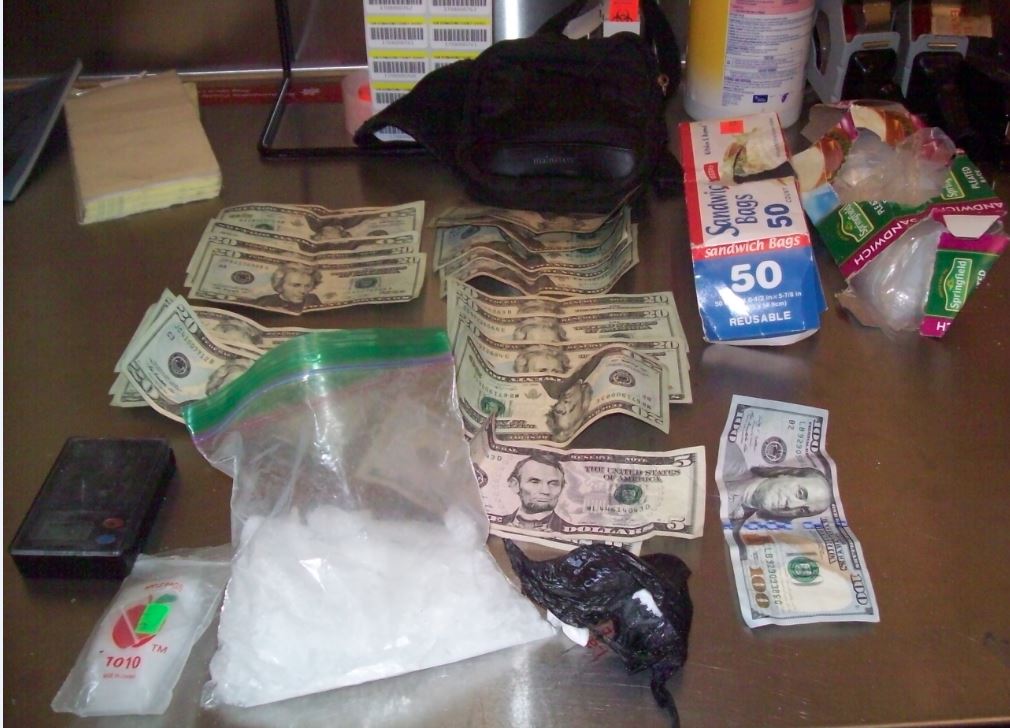 BARSTOW, Calif. (VVNG.com) A routine traffic stop resulted in the seizure of 1/2lb. of meth and the arrest of two Barstow residents, authorities said.

On May 2, 2017 at approximately 11:36 p.m., Deputy Johnnie Mamon conducted a traffic stop of a silver Infiniti for vehicle code violations.

The vehicle pulled over near the 1700 block of West Main Street and Deputy Mamon contacted the driver, Daniel Gordon, 33, and passenger, Robert Flores, 43. Both subjects were found to be unlicensed.

Flores was found to have an outstanding warrant for his arrest and Gordon was on felony probation. During a probation search of the vehicle, Mamon found approximately 1/2 pound of suspected methamphetamine. Mamon subsequently arrested Gordon for HS 11379 – Transporting Methamphetamine, HS 11378 – Possession of Methamphetamine for sale and a Probation violation.