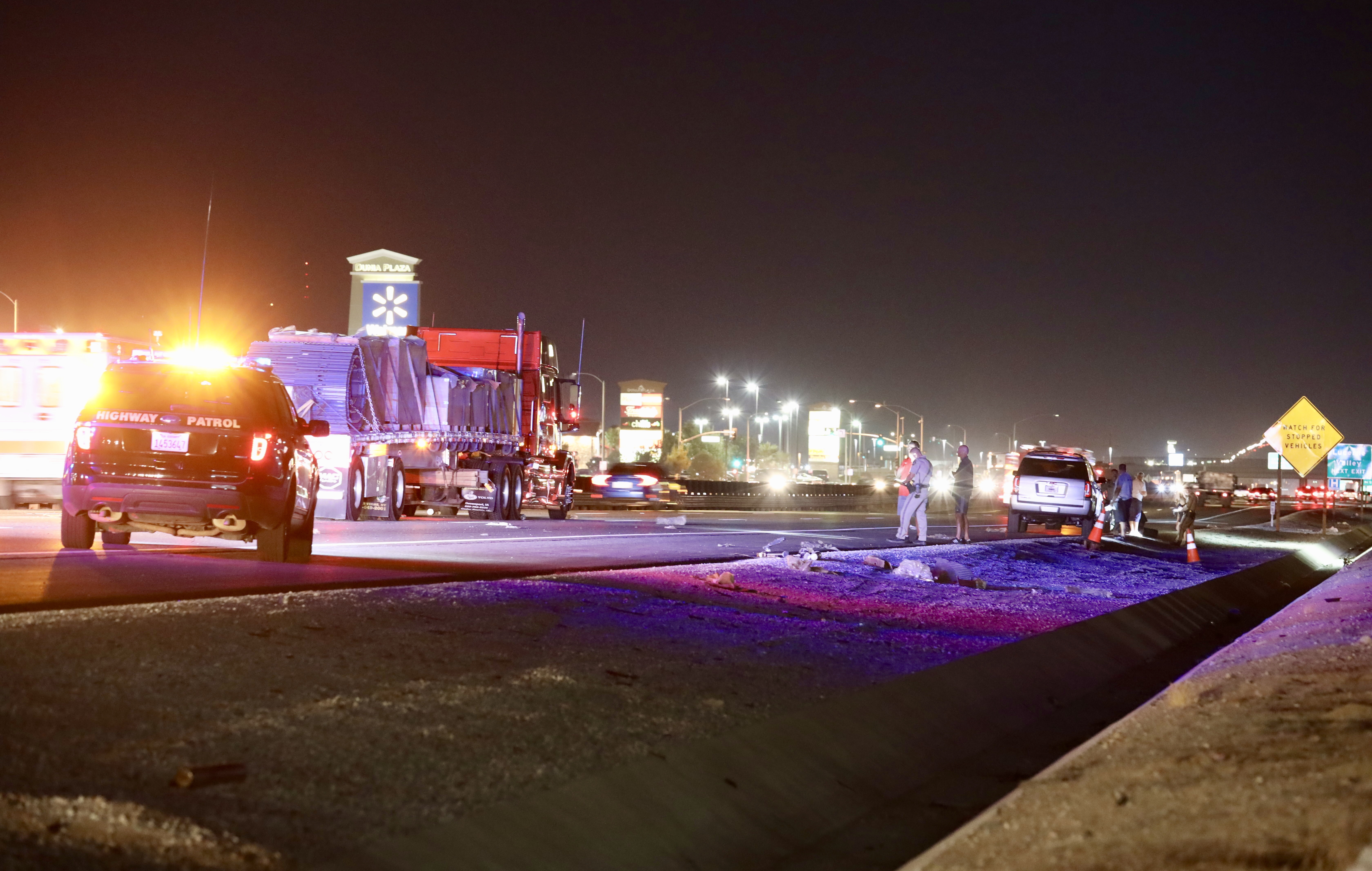 HESPERIA, Calif. (VVNG.com) Traffic along the northbound 15 freeway experienced heavy delays Friday night after a big rig lost some of its load, hitting a car.

The incident was reported at 8:20 PM on the NB-15 freeway just south of Bear Valley Road.

Metal debris was spread across the freeway, forcing traffic on the northbound side to reduce down to one lane.

No injuries were reported, however, traffic was snarled for several miles.

This is the second crash today that caused heavy backup on the freeway.

Earlier today, a motorcycle rider was injured in a crash on the 15 freeway near Bear Valley; the freeway was closed for a helicopter to land for the rider.

Officials are on scene taking reports from the involved parties. Expect delays in the area.

Related Topics:15 freewayHesperiapain in the pass