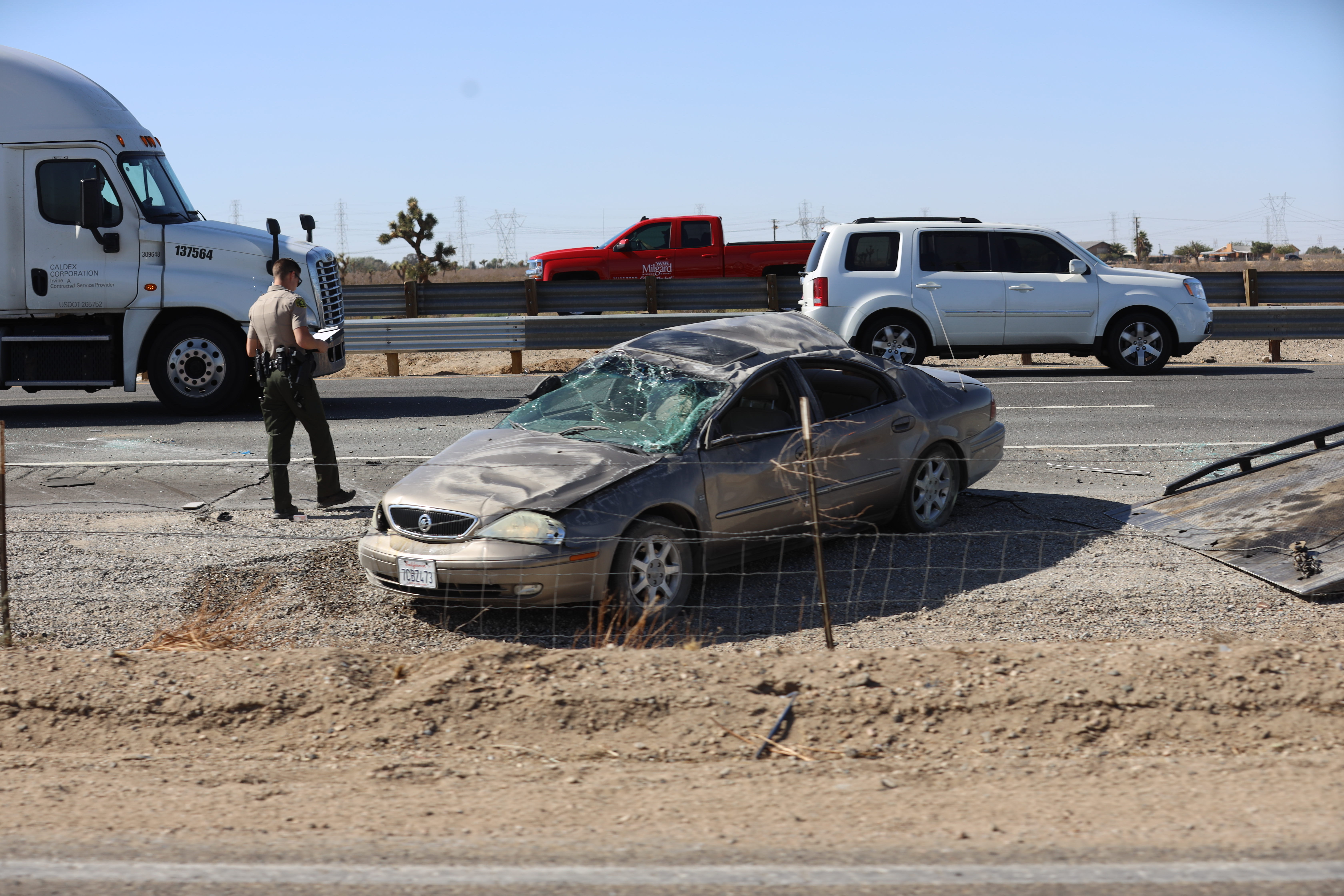 Reported at 1:51 p.m., the San Bernardino County Fire Department responded to the northbound 15 Freeway, about one mile south of Bear Valley Road, and located a 2003 Mercury Sable with major damage.

The CHP logs reported that only minor injuries were sustained after the Mercury came off Mariposa Road and onto the Freeway.

The #1 and #2 lanes were closed while a tow truck cleared the scene.

At this time, the crash remains under investigation.

Traffic was backed up on the north and southbound side of the freeway for several miles. Expect delays in the area.