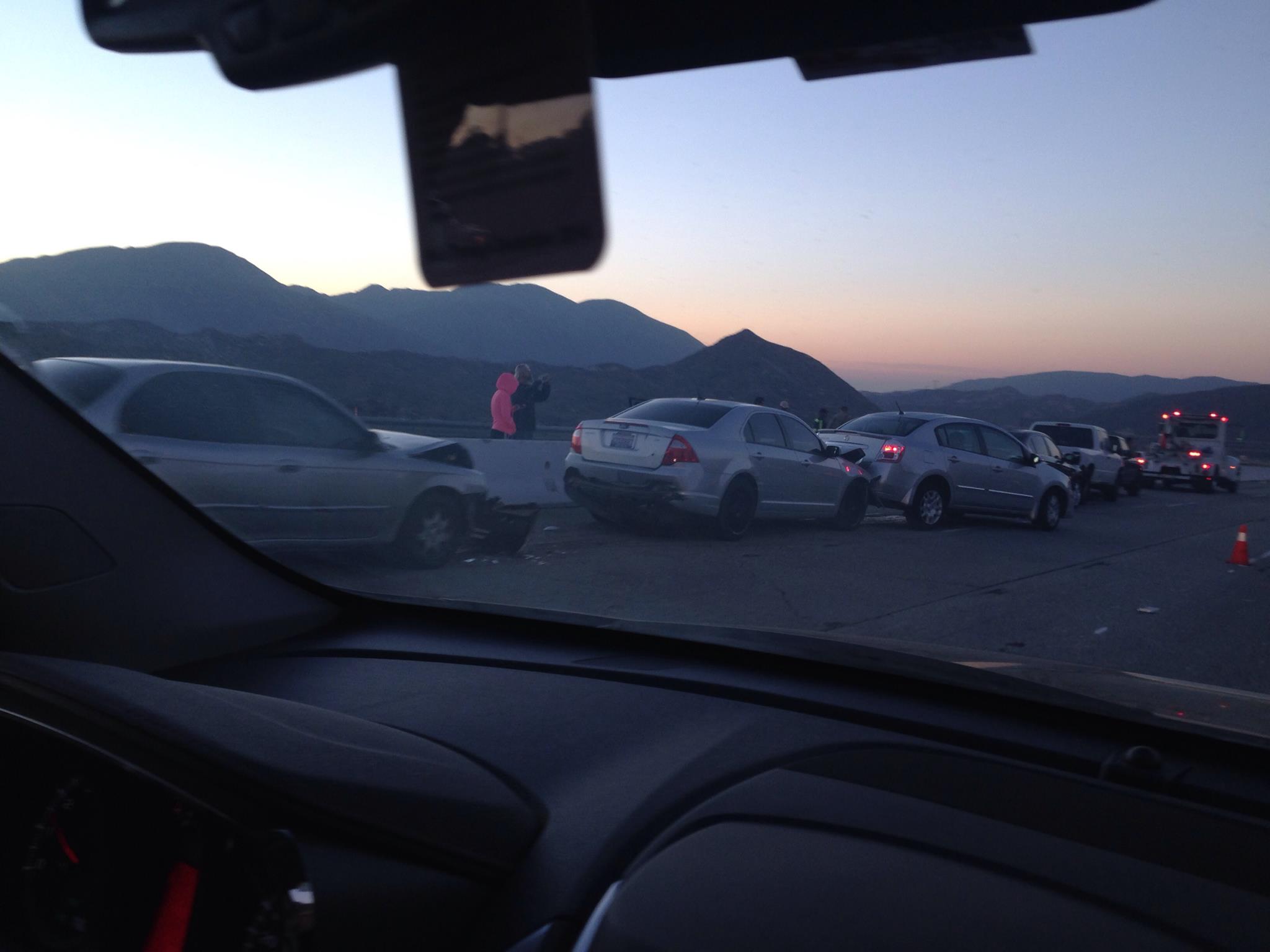 (VVNG.com): An early morning multiple vehicle traffic collision on the southbound 15 freeway near Highway 138 is causing delays for commuters on Tuesday.

Traffic is at a crawl before Oak Hill.
(Phtoto contributed by Maria Aboites via VVNG)

According to CHP incident logs, the collision was first reported at 6:16 a.m., that’s when 6 vehicles collided in the #1 and #2 lanes and eventually blocking both lanes. According to Stephanie Rodriguez, the accident occurred right where the bypass and regular lanes merge.

At this time its unsure if any injuries were reported and the exact cause of the collision was not immediately available.

CHP has officially closed the incident but commuters are reporting traffic continues to remain backed up just after the Main Street bridge in Hesperia as of 9:00 a.m.

For the latest information on traffic, events and breaking news be sure to join our FB group with almost 50,000 members www.facebook.com/groups/victorvalleynews