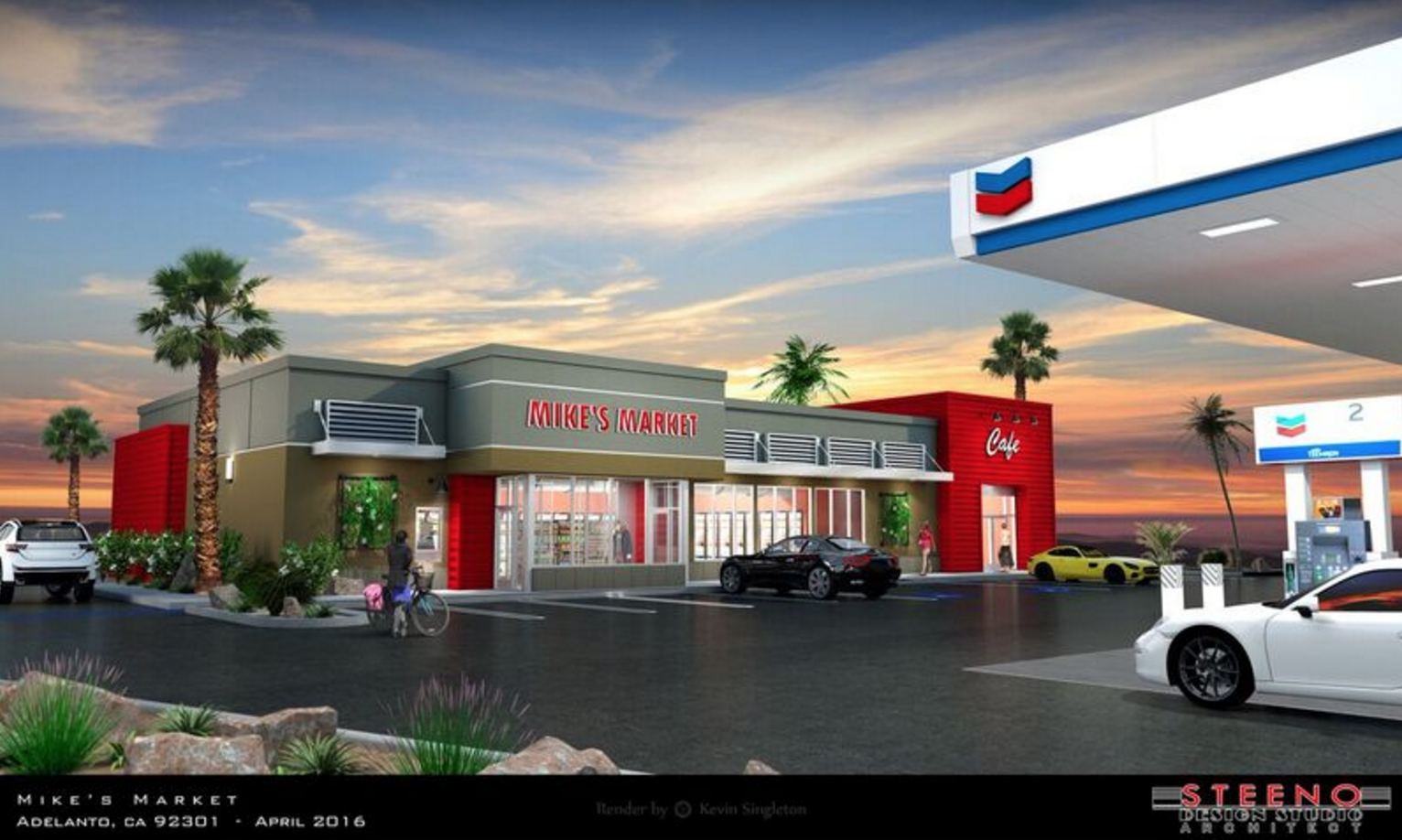 ADELANTO-(VVNG.com):  There are still no signs of the groundbreaking for the gas station and mini-mart that is planned to be built on the northwest corner of Palmdale Road and Bellflower Street.

Adelanto Councilman, John R. Woodard Jr. told Victor Valley News that this project has been placed on the backburner by the previous city council and the new city council has now approved the project to move forward. Woodard said, “It is not only already funded, but the city council has accepted a bid to start breaking ground, which was set to begin in March 2016.”

Prior to the gas station and mini mart being built, the city must first widen Bellflower Street and place a traffic signal at the intersection. The funds to complete the project are available and have been ready to begin the widening and light placement through Measure I funding.

“The formal city council felt it was necessary to let the money sit and not do anything there for few years while they wait for Caltrans to come in and do the Palmdale Road widening in 2018,” said Woodard. He said they wanted to wait because when the Caltrans street widening happens, the light will need to be relocated accordingly. “If Caltrans comes and asks for the light to be moved in 2 years that is fine. We do not want anything getting in the way of this project, it will save lives and improve aesthetics to the area,” said Woodward.

Woodard said that the newly formed city council goes out of their way to bring business to the city, they are doing what those on the city council before them chose not to do. “We are a can-do council now and we are making things happen in this city. We are fixing a lot of things from the  city council before us and are attempting to forget about the past, ” he added.

Attempts to reach Mayor Rich Kerr and the city of Adelanto Public Relations Consultant  have been unsuccessful as of Tuesday afternoon.