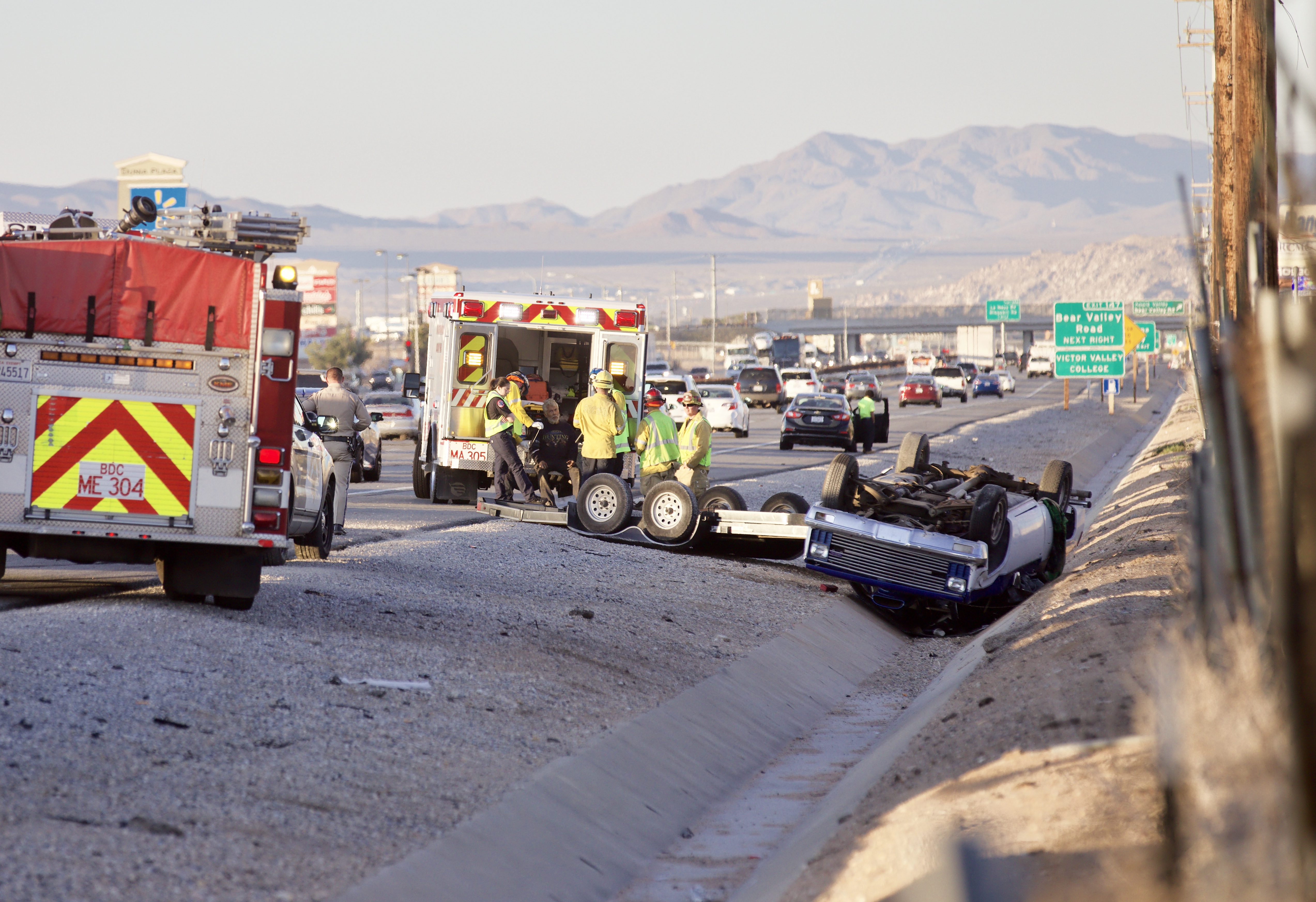 VICTORVILLE, Calif. (VVNG.com) — Traffic was jammed for commuters traveling northbound after a pickup truck overturned near the same area a sedan overturned this afternoon.

The crash was reported at about 6:21 p.m. Thursday and involved a single pick-up truck that was pulling a flatbed trailer.

According to the California Highway Patrol logs, the blue Chevy pickup truck suffered a blowout, causing the driver to lose control and overturn into the ditch on the right-hand shoulder.

It happened on the NB 15 Freeway just one mile south of Bear Valley Road.

San Bernardino County Firefighters arrived on scene and reported the male driver had minor injuries and that he was able to get out of the vehicle on his own.

CHP logs indicate that a tow truck has been requested to remove the truck and flatbed trailer.