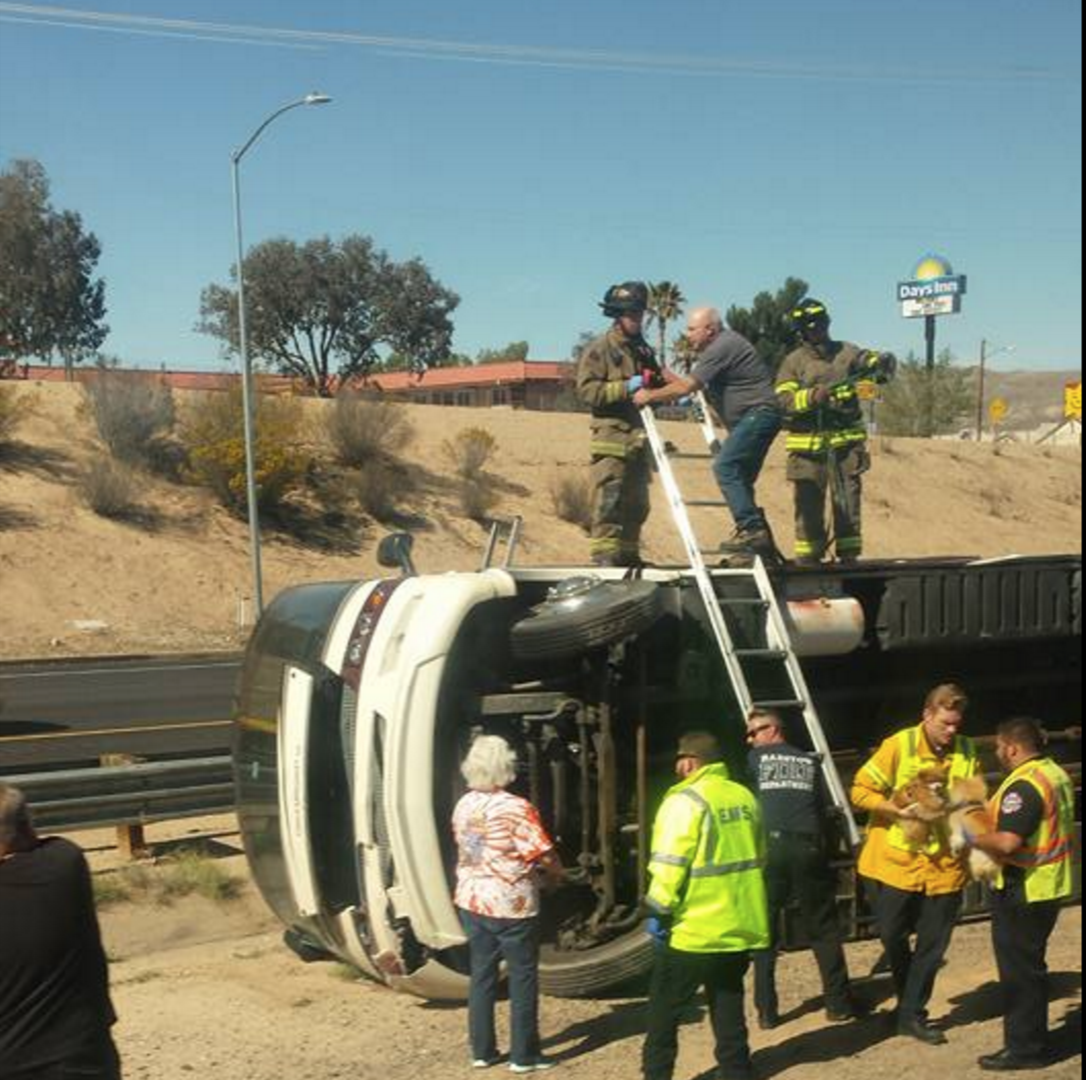 BARSTOW-(VVNG.com):  A 30 foot-long motorhome overturned on the I-15 north near the East Main street offramp Friday afternoon. CHP officials said that the vehicle overturned after slamming on brakes in order to avoid a traffic collision. The number #1 and #2 lanes were blocked causing a delay to northbound traveling. The #2 lane was re-opened to traffic just after 3:50 p.m. At this time, it is unknown if there were any injuries reported as a result of this collision.