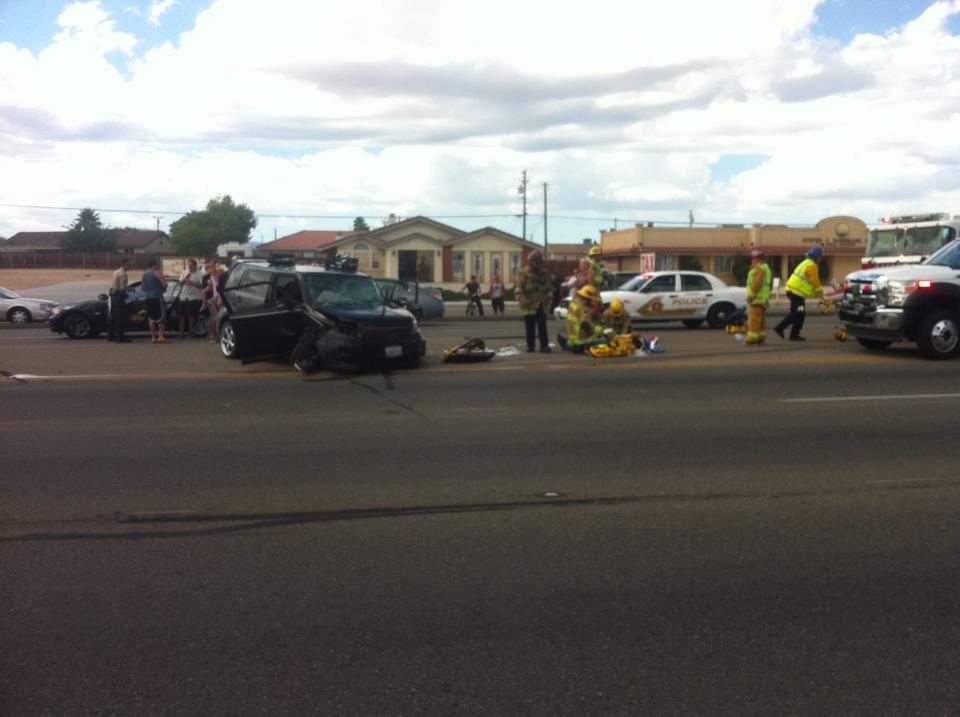 VICTORVILLE:(VVNG.com)- As of 10:32 A.M., scanner traffic reported, Spring Valley Lake Parkway and eastbound Bear Valley Road was shut down completely due to a traffic collision.

The two vehicle accident was reported just after 10:10 A.M., on Wednesday, July 29, 2015 on Bear Valley Road near the Victor Valley College.

At least three ground ambulances have been requested to transport the injured. The vehicles involved in the collision are a black Scion XB and a black BMW.

According to a witness at the scene, a passenger of the black Scion required to be extricated from the vehicle. A young girl was also injured transported by ambulance wearing a neck brace.

The Scion had major front end damage and the BMW had major rear-end damage.  At this time the cause of the accident is under investigation.

At 10:50 A.M., Scanner traffic reported a separate traffic collision at Bear Valley and Peach. No details on this collision were immediately available.

The collision has caused heavy traffic in the area. Please exercise caution if you are driving through. 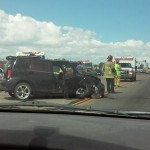 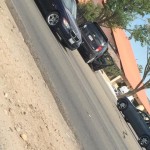 Barstow Nurse Found Alive; Arrested for Allegedly Being Under the Influence