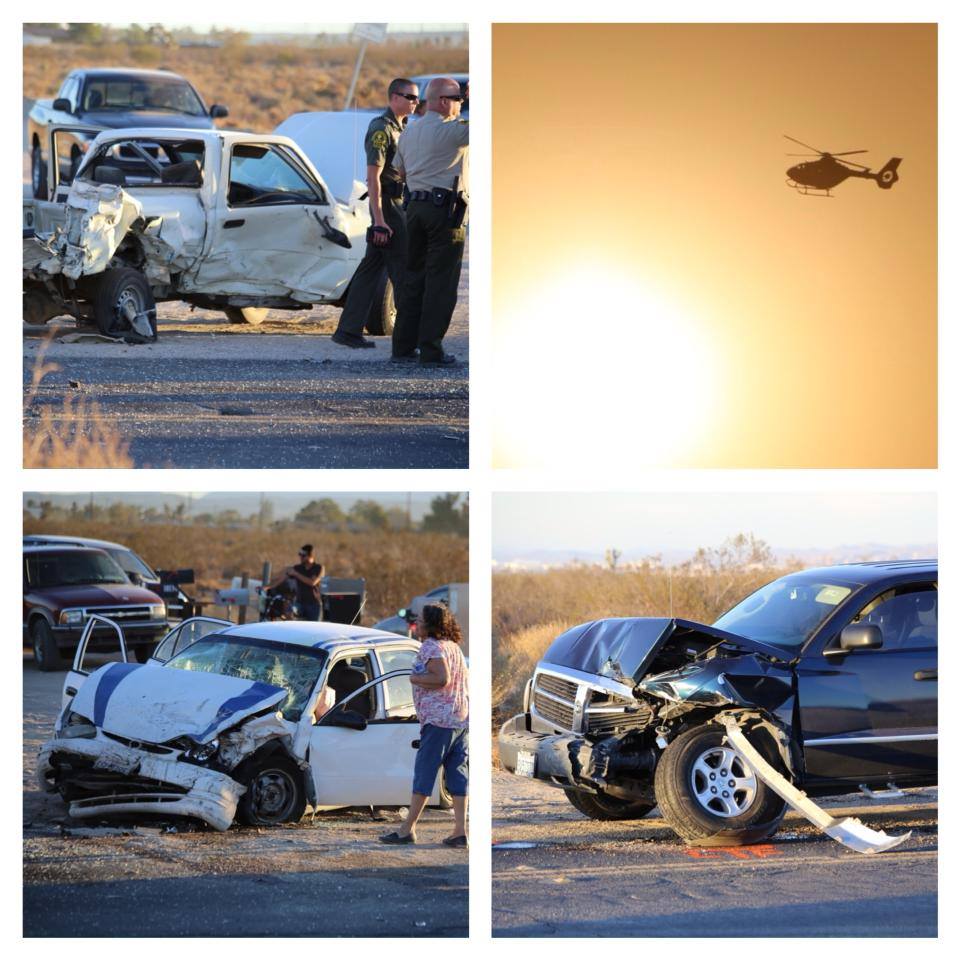 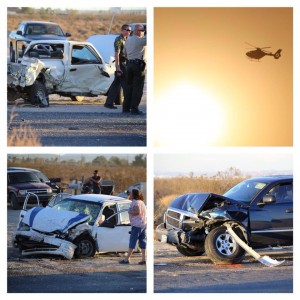 A three vehicle traffic collision shut down a portion of Bear Valley r.d. just west of highway US-395 just before 7 p.m. on Monday.

According to eyewitnesses, A blue Dodge Dakota truck traveling west bound collided with a white Toyota pick up truck that was attempting to make a left hand turn into Verbena Road.

One airship was requested to transport the injured victims to Loma Linda University Medical Center.

It was reported by witnesses on scene that the setting sun in the west may have possibly factored into the accident.