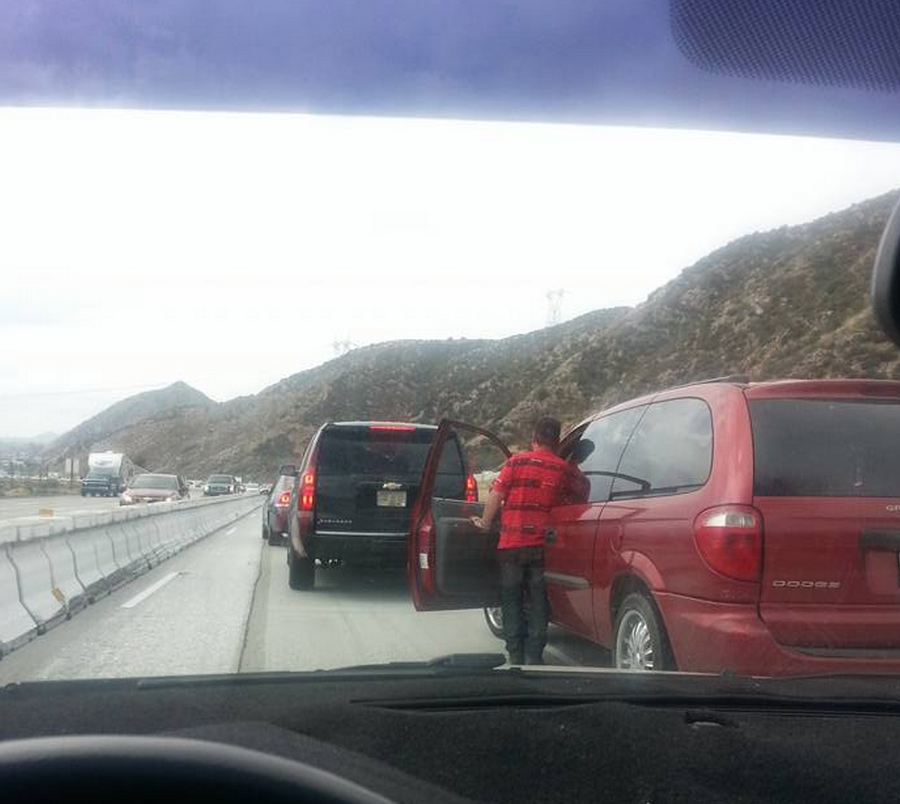 CAJON PASS:(VVNG.com)- A multi vehicle traffic collision on the freeway has traffic at a complete stop in the crossover lane.

Per CHP incident logs, two of the vehicles appeared to be wedged together and one person was reportedly trapped inside the vehicle.

The vehicles are described as a gold Camry, a gray minivan and a white Ford pick-up truck.

At 3:27 P.M., the logs indicated two vehicles were removed from the crossover lane. The pick-up truck remained in the lane blocking traffic and will have to be towed.

No injuries were reported. The cause of the accident is unknown at this time.