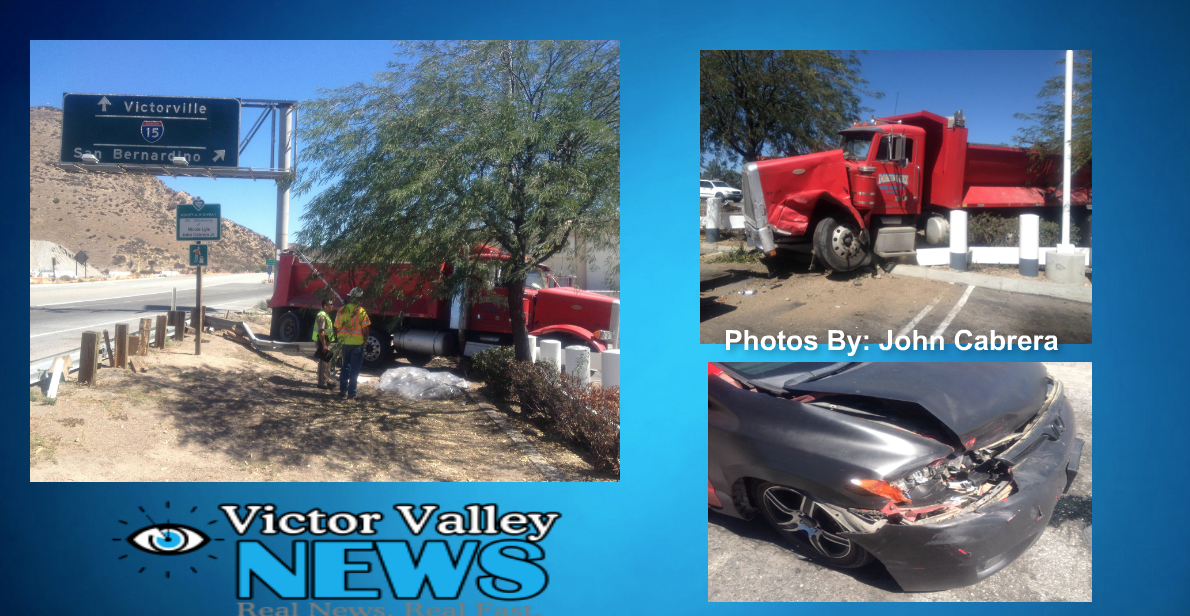 PHELAN-(VVNG.com): Phelan resident, John Cabrera Sr. posted photos to Facebook on Tuesday, September 29th of a traffic collision at the same location as the June 24, 2014 traffic collision that took the life of two teens and severely injured three others. Among the teens was Cabrera’s son, 16-year-old John Cabrera Jr., and 18-year-old Nicole Lyle, who lost their lives as a result of the collision.

“It’s the hardest thing any of us have ever imagined and it’s such a long process.  It has changed all of us,” said Castaneda of the 2014 collision.

As the families attempt to move forward, changed from the lives they lived before the traffic collision, they wonder what it will take to get the Highway 138’s junction with Interstate 15, near the Shell Station made safe for future drivers.

“They don’t think it needs to be changed, so it will be another long fight,” said Castaneda.

The collision that occurred at about 11:45 a.m. on Tuesday, September 29, 2015 was miraculously a non-injury traffic collision. The fact that this collision too involved a cement truck, like the fatal collision in the 2014 was an ominous reminder that without change, lives may again be lost.