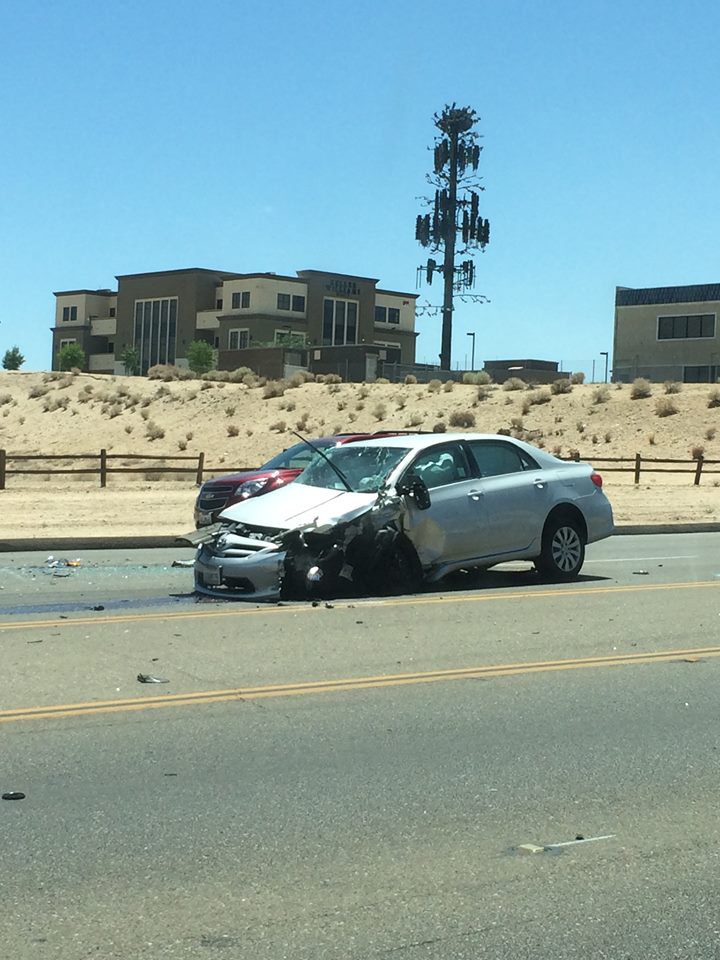 VICTORVILLE:(VVNG.com)– At approximately 1:00 p.m. on Monday July 7, 2014, a three car collision in front of Victor Valley Community College on Bear Valley Road snarled lunchtime traffic for hours. Traffic was backed up on Bear Valley Road from just west of Jacaranda Avenue all the way to I Avenue after the multi-vehicle crash brought east bound Bear Valley traffic down to one lane.

Dylen Elliott was a passenger in a car that narrowly missed being involved in the collision. Elliot described pieces of glass and plastic bouncing off of their car as the vehicles slammed into each other in the lane next to him. Elliot and the driver of his vehicle stopped to call for help and to check on the people involved.

Elliot said that a woman was driving, what appeared to be a Toyota Corolla, west bound on Bear Valley Road when she suddenly swerved, crossing the double-yellow line, and collided with a 4-door sedan traveling the opposite direction. The Corolla spun around and came to rest facing east. A large SUV then struck the Corolla from the rear.

While everyone appeared to be okay initially, and Elliot said he could not see any obvious wounds on anyone involved, the driver of the Corolla was later transported by ambulance for unknown injuries.

No official cause has been released for this collision. 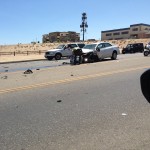 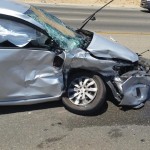 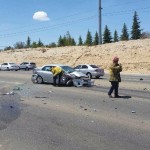