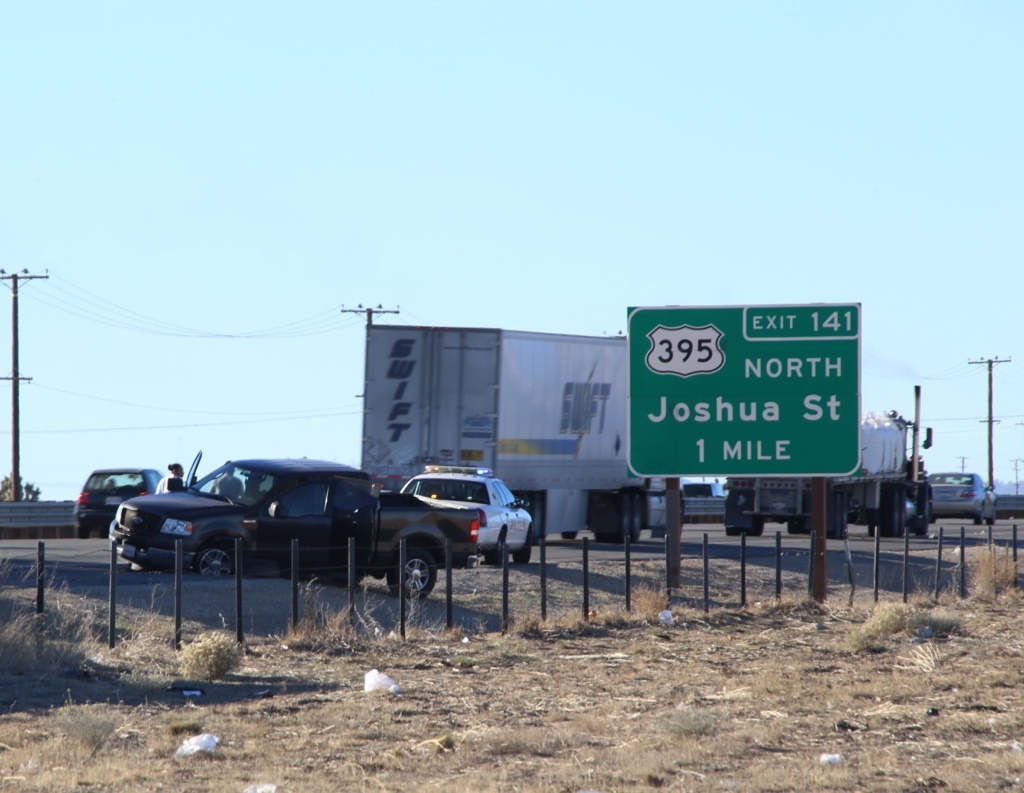 APPLE VALLEY: A two vehicle traffic collision was reported in the intersection of Highway 18 and Apple Valley road on Monday just after 8:00 a.m.

According to reports the driver of a black ford F-150 reportedly crashed into a silver four-door sedan that sustained damage to the rear drivers side. For unknown reasons the male driver of the truck decided to leave the accident scene.

San Bernardino Sheriff’s officer’s issued a B.O.L.O (be on the look out) for the suspect vehicle. Moments later an officer patrolling the area spotted the truck on Palmdale road and attempted to pull the driver over.

Refusing to yield, the unidentified driver described only as a black male adult in his 40’s entered the freeway and a pursuit began. CHP helicopter (H-80) assisted over head in the pursuit on the 15- freeway.

The suspect continued to drive the F-150 on two blown tires, leaving a trail of smoke as he reached speeds of 50-30 mph.

A successful pit maneuver was executed one mile north of  Joshua St , just past Main St. bringing the vehicle to a complete stop.

The male subject refused to cooperate, but moments later surrendered. The suspect will be booked for Felony Evading Police.

Traffic on the south bound 15 freeway was backed up for about a mile but all lanes remained opened.

Please join our live newsgroup with over 25,000 members www.Facebook.com/groups/victorvalleynews