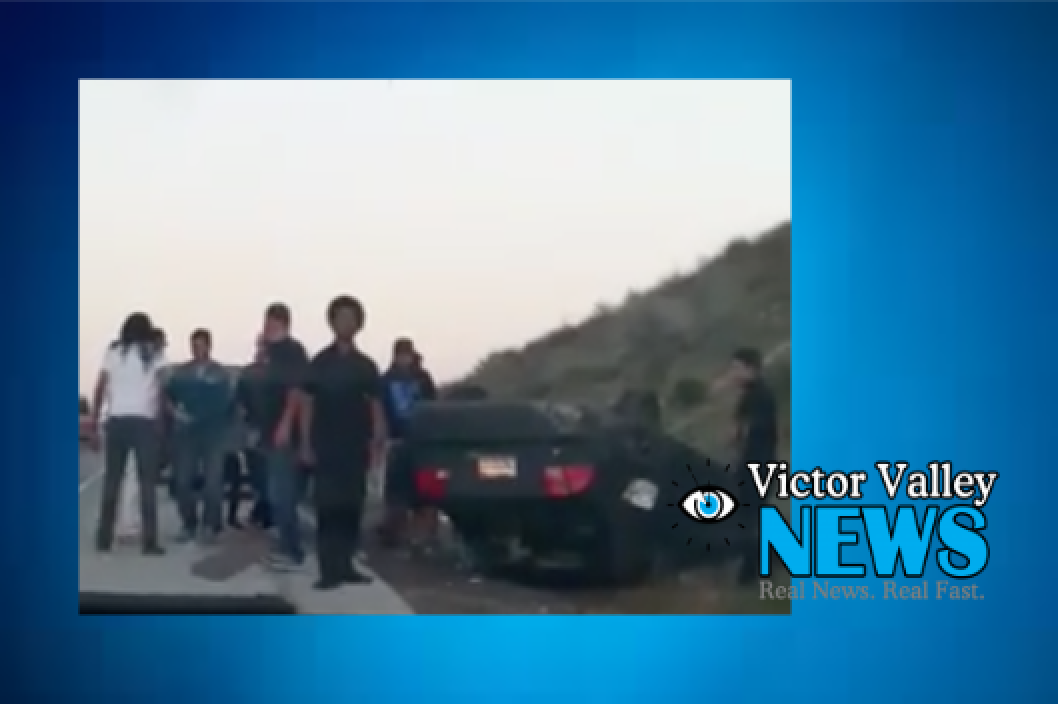 CAJON PASS-(VVNG.com): The California Highway Patrol (CHP) and medical personnel were dispatched to a report of an overturned black Toyota Corolla on the I-15 north on Saturday evening.

At around 5:53 p.m. dispatch received the report of the overturned vehicle on the northbound I-15 around 3 miles south of Oak Hill Road. Initial reports indicated that the vehicle was on fire, but when the fire officials arrived there was no fire or smoke visible.

The two male occupants were able to self-extricate and reported only minor injuries as a result of the collision.

Although the cause of the collision remains under investigation, per CHP logs, the Corolla was speeding just before it clipped a big rig causing it to overturn on the dirt shoulder.