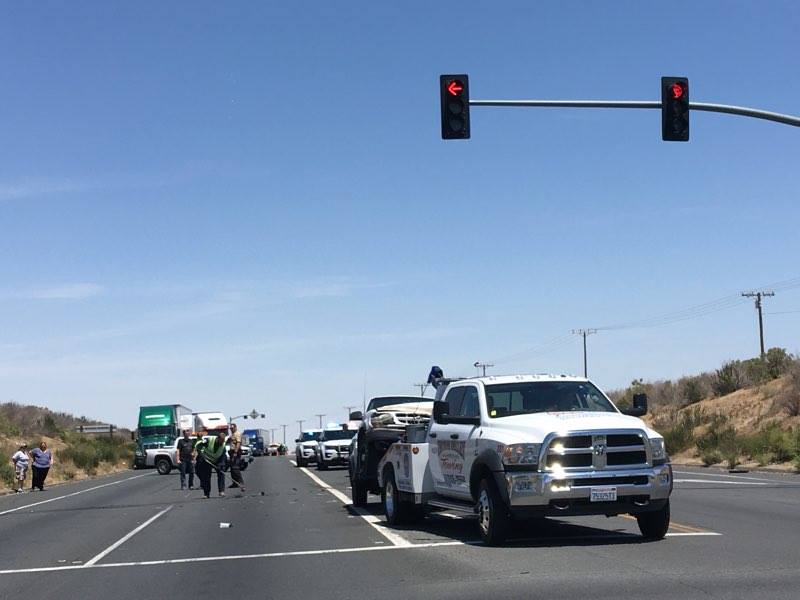 HESPERIA-(VVNG.com): Passengers of a van and SUV escaped injury after being involved in a collision that blocked northbound Highway 395 just south of Main Street late Wednesday morning.

At around 11:33 a.m. Hesperia station deputies and medical personnel were dispatched to the collision. Upon arrival the first deputy at the scene located a moderate damage collision involving a white Ford SUV and white Ford van.

No one was injured but lanes were blocked for around an hour according to Hesperia Sheriff’s Station spokeswoman, Karen Hunt. The cause of the collision remains under investigation at this time.