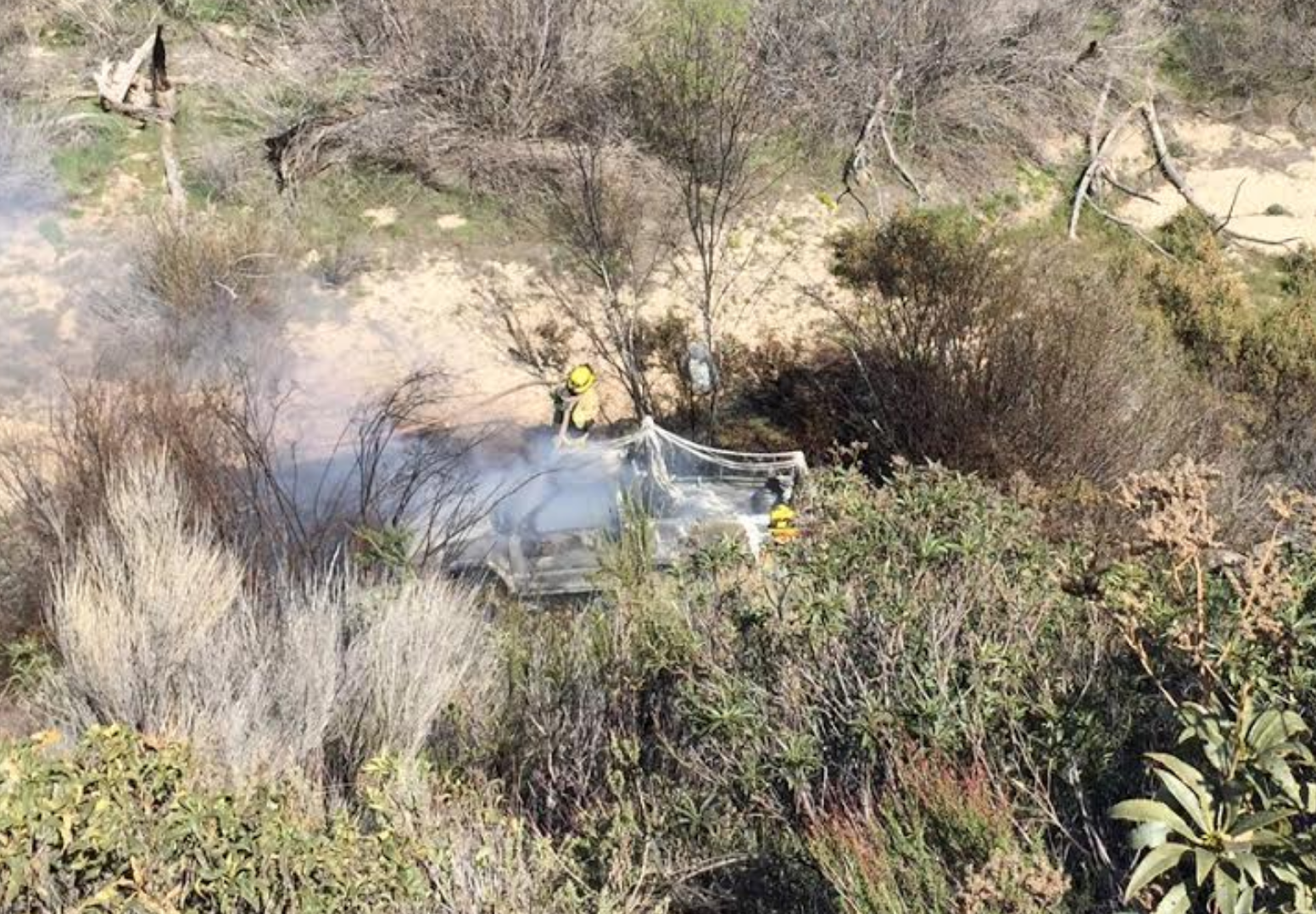 HESPERIA-(VVNG.com):  The San Bernardino County Fire Department, California Highway Patrol and Cal Fire responded to a vehicle fire in the area of SR-138 and Hwy 173 at around 1:49 p.m. on Friday afternoon.

The vehicle, described as a green Chevy S-10 went over the side of the bridge construction area subsequently catching fire, which spread to a small area of vegetation.

San Bernardino County Fire Department Spokesman, Cpt. Mike Mclintock told Victor Valley News that it took units around 20 minutes to arrive at the scene of the fire due to the remote location. “Units found a vehicle approx. 50’ over the side, under a bridge, with a small area (30’x30’) of vegetation involved,” McClintock said.

The fire was knocked down around 10 minutes after firefighter arrival. The fire was contained to the vehicle and the 30’X30’ spot. No injuries were reported as a result of the collision.